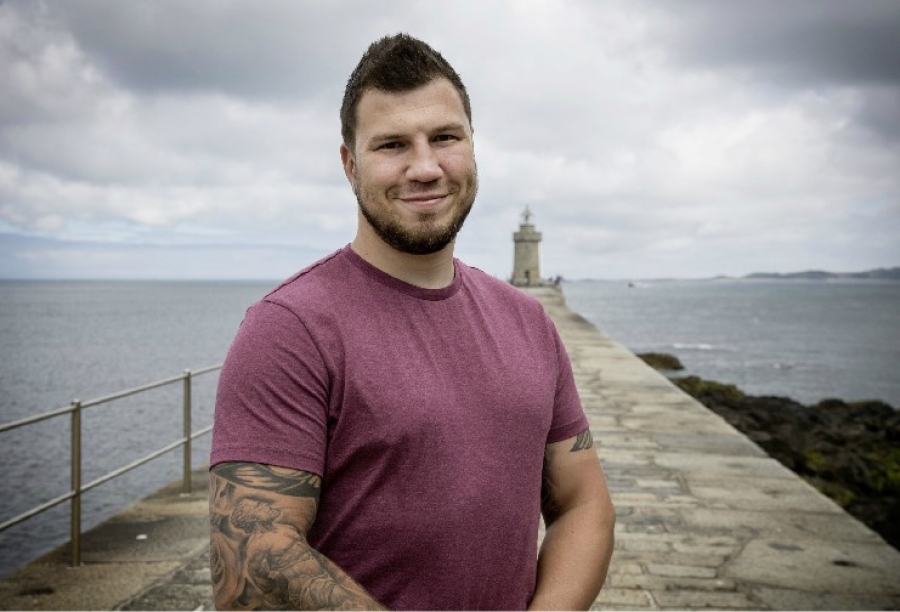 Removing barriers to access support is encouraged in Mr Papworth’s documentary, Man Down, which was well received and has reached an incredible number of people.

His nominator for the RBC and Liberate-sponsored award, Abigail Milton, said: ‘Last year Gaz single handedly filmed, produced and edited the incredible documentary Man Down, which went on to win best documentary in the I AM Film Festival London, tackling the taboo of male mental health and suicide.’

In the UK men are three times more likely to die by suicide than women and are less likely to seek help.

‘He was determined to put himself completely out of his comfort zone by opening up about his own struggles since the sudden death of his mother in the hopes of encouraging others to talk and seek the help they need.’

It took seven months to complete the documentary whilst working and juggling family life.

‘He showed everybody so much care throughout the whole process and has been there for so many men who have since been in contact with him, also talking to families concerned about a loved one.’

Mr Papworth took many men he spoke to along to Guernsey Mind’s Man Club, a safe space for men to talk and listen, while recommending various support networks.

Now he is working on a second documentary, given lockdown and the monumental effects it has had on many people’s mental health, to try to reach more who may need help.

‘The work he has done and continues to do is so important. He is amazing and really does deserve this award.’