SIAN JONES was in the final year of her fine art degree when she found herself faced with mental health difficulties. 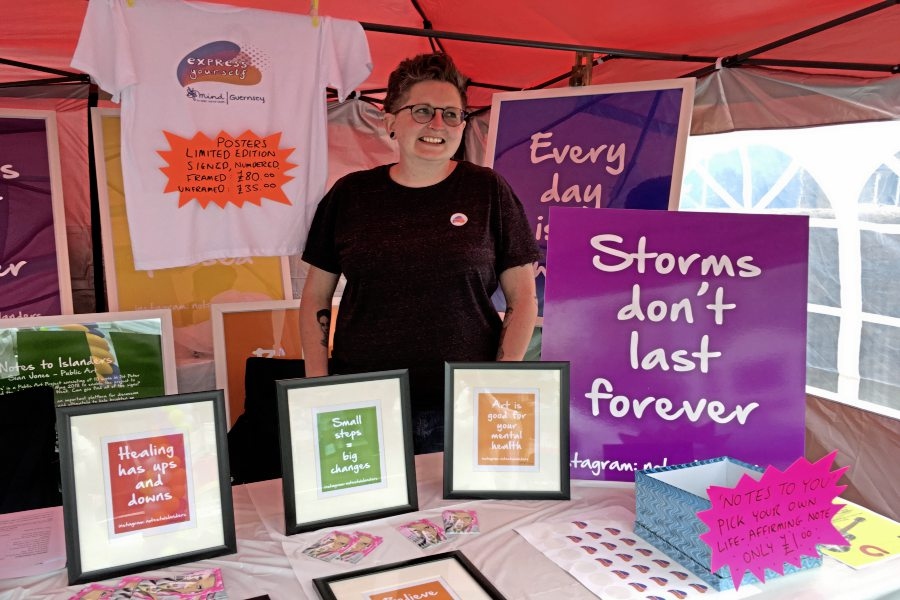 ‘Sian felt unable to speak out and her illness led her to attempt suicide,’ said Valerie Jones.
‘Sian was left with a broken skull, femur and ribs. With help and her own determination, she made a full recovery and after three long months was discharged from the PEH. Sian then returned to university and finished her degree and has now become a champion for Guernsey Mind.’
Valerie is nominating Sian for the Moonpig-sponsored Arts Contributor of the Year award.
Sian has worked at Headway by using art as a therapy and her work is on display at the PEH. Last month she exhibited Notes to Islanders, a series of 10 life-affirming signs which were dotted around St Peter Port on lamp posts. The project has received a lot of positive feedback and Sian intends to expand the project further.
‘Growing up as a gay person in Guernsey was very difficult for Sian. She found it hard dealing with abusive, unkind remarks regarding her sexuality,’ continued Valerie. ‘She is determined to help others speak out if they are experiencing mental health difficulties. Recently she has been working alongside the Guernsey Arts Commission and Guernsey Mind with the Express Yourself Campaign.
‘Sian is a true inspiration to all.’