'Get ready to nominate'

2017 winner and nominee encouraging islanders to get involved 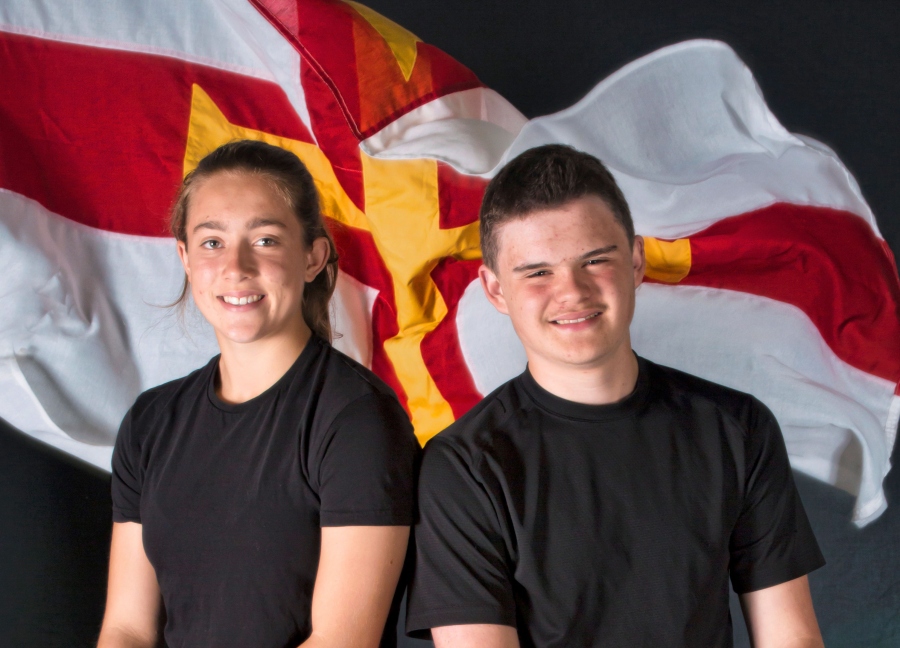 TWO Pride of Guernsey 2017 nominees have urged others to get nominating ahead of this year’s awards ceremony.

Joe Backlund-Leale, 15, and Maya Le Tissier, 16, have become the faces of this year’s campaign to find the island’s unsung heroes and both have used prize money from last year to further their prospective careers.

Joe last year collected the Overcoming Adversity Award on behalf of his little brother Ernie, who died of leukaemia shortly before the ceremony.

Joe was also nominated in the category and said people had nothing to lose by putting nominees forward.

‘It’s really nice, a lot of friends and family saw the event on Facebook and I was chuffed,’ he said.

‘Go for it and nominate someone, there’s nothing to lose and there’s something for everyone in the categories.

‘It was a great evening, particularly getting to go behind the scenes and see the souvenir newspaper being printed, which we still have at home.’

Joe spent the winning money in Gaudions vouchers on new tools for his kit which he will be using upon enrolling on a College of Further Education course in either carpentry or metal work in the next few years.

England football player Maya Le Tissier has had another successful year since the 2017 awards were presented when she picked up Young Achiever of the Year.

‘I’ve played in Italy and in York against other international teams and with the prize money I won I was able to spend on expensive travel and a pair of new boots.

‘I was really nervous going up to collect the award, I didn’t realise what a big event it was, I thought they were just going to move a few of the desks around.

‘You should definitely get nominating, it’s just nice to be recognised,’ she said.

Maya will continue to represent the country in her sport when she attends Worthing College in Brighton next year.