HAVING survived a 230mph motorcycle crash, Zef Eisenberg is now hoping to inspire others through sharing his journey to recovery. Mr Eisenberg has been nominated for the Overcoming Adversity Award, sponsored by Close Finance. 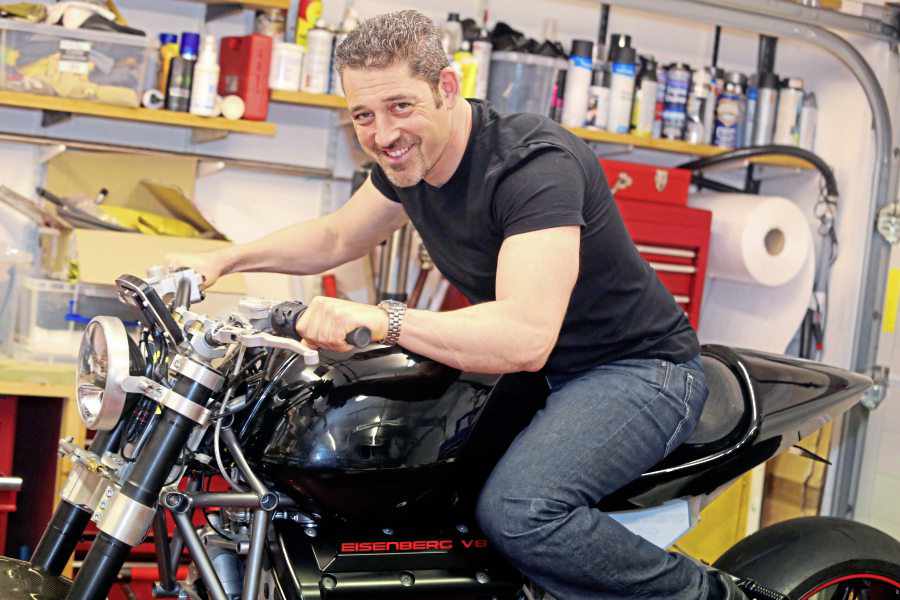 His nominator, Gail Girard, said that in the high-speed crash, which occurred while he was attempting to set a 240mph world record on his 560hp turbine motorbike, Mr Eisenberg broke 11 bones.

He also had muscle, retina and ligament injuries and was hospitalised for three months, initially in Leeds and then at the Princess Elizabeth Hospital.

‘It was the UK’s fastest unofficial motorbike crash someone has survived,’ she said.

‘With doctors concerned he may not fully walk again, let alone ride a motorbike, Zef started his own intense rehabilitation, weights and nutrition regime within the first few weeks in hospital, which he is still continuing today.

‘The biggest adversity that Zef had to overcome was the mental struggle of being trapped 23-and-a-half hours a day in a six by three hospital bed with external scaffolding holding the broken pelvis and pubic bones together, all the while trying to keep his daily business commitments afloat.

‘Through intense focus and determination, he has surpassed his physio’s timeline, is back riding motorbikes and well on the road to making a full recovery, impressing the doctors and physios around him.’

She added that he wanted to share his intense emotional, mental and physical journey with others and while on crutches, he organised a talk with the governor of Guernsey’s prison for the inmates overcoming extreme adversity.

‘He now has a strong desire to continue spreading his overcoming extreme adversity story with the community.’