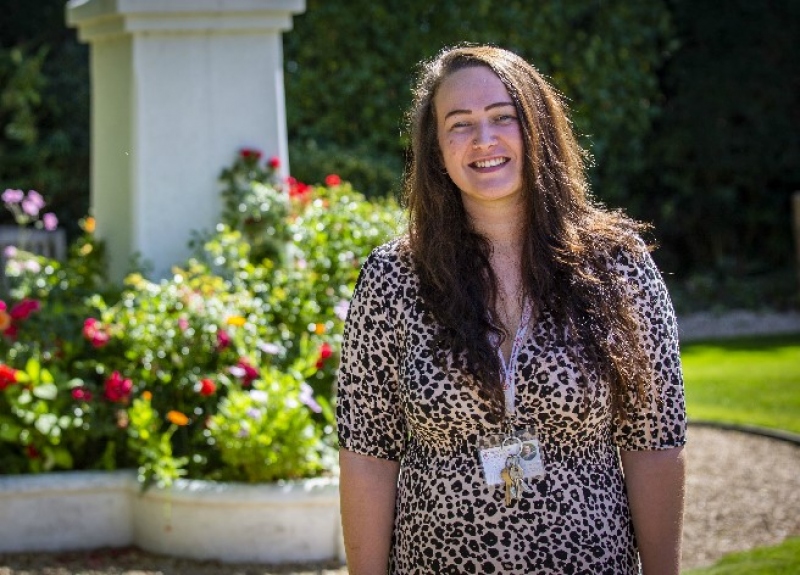 He is described on Facebook as a legend and Nell Broome nominated Mr Parsons after seeing him working in Alliance over the years.

‘Kevin has autism and has worked at Alliance supermarket for over 35 years,’ she said.

‘He is always pleasant, polite and helpful to customers, never grumpy and he puts a smile on everyone’s face.

‘Through lockdown he has worked as many hours as he has been asked to work.’

She added that she first met him at La Nouvelle Maraitaine, where he lives, while visiting friends.

‘Kevin organises movie evenings at La Nouvelle for all the other residents,’ she continued.

‘He takes the trouble to ask everyone what kind of movies they like to watch and he and his brother provide refreshments for everyone – they both work hard arranging the room to make sure everyone has what they want and is comfortable, making room for wheelchairs, walkers and any other aids people come with.’

Mr Parsons also recently secured £2,000 sponsorship from a local company to buy two blackout blinds for the community lounge at La Nouvelle to help several of the residents see the movie screen better.

‘He was so determined, saying that some of the old people can’t see the screen properly on movie nights,’ she said.

‘He is now looking for sponsorship to purchase better speakers because some of them can’t hear the films – I have no doubt he will get it.

‘Kevin is so infectious, you just can’t help but smile when he arrives in the room and if anyone deserves an award for making the most of life no matter what it throws at you, Kevin does.’