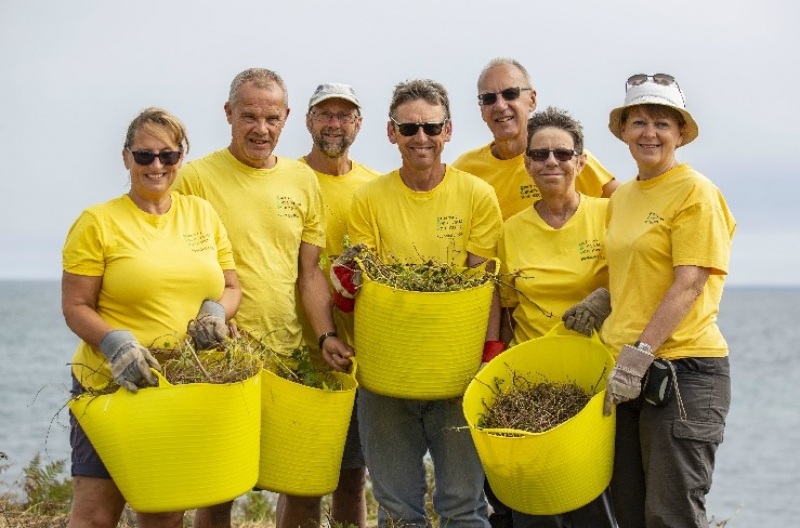 But it was not just Bob Sweet, whose life she saved, who put Kristy Grant forward for the Emergency Hero award, sponsored by Madmax Race Team. She was also nominated by Mr Sweet’s step-daughter Sian Le Breton.

Mr Sweet was working at Bels Football Club on the night of the incident last August. Ms Grant was attending a function there when Mr Sweet had a cardiac arrest.

‘She quickly started CPR on me for five minutes until the ambulance arrived,’ he said.

‘I then opened my eyes, while I was connected up to various machines. She had done another three minutes of CPR until they put me in the ambulance and took me to the hospital. I didn’t know until 11 days later when I came out of an induced coma that she was a nurse in ICU. [If not] for her prompt actions, I certainly wouldn’t be here today to tell my story.’

Mr Sweet has very little recollection of the incident, but when he came to the ICU staff filled him in. He said he was glad Ms Grant had been there that night to help.

Ms Le Breton said they were also so grateful to Ms Grant.

‘This amazing lady is the reason why my step dad, Bob Sweet, is still alive and kicking,’ she said.

‘Thanks to her skills, her quick thinking and love she saved his life when he had a heart attack last year. There are no words or actions to show her how grateful we are for her actions.’

Mr Sweet has since had to have a heart operation, unconnected with his cardiac arrest, but he is now back on his feet and was keen for Ms Grant to be recognised for helping him.

A PARAMEDIC who led the way in screening Covid patients has been nominated for the Madmax Race Team-sponsored Emergency Hero of the Year award.
Andy Adam has been put forward by lead nurse emergency care and Covid screening Philippa Le Vasseur.

THE GSPCA team’s extremely busy year rescuing all shapes and sizes of animal has resulting in manager Steve Byrne nominating them for the Madmax Race Team-sponsored Emergency Hero award.

THE unseen efforts of the Joint Emergency Services Control Centre are being put forward for the Madmax Race Team-sponsored Emergency Hero award.

A SURF SCHOOL manager who helped to save two swimmers in trouble has been nominated for the Madmax Race Team-sponsored Emergency Hero of the Year award.
Nick Hill manages Guernsey Surf School and knows the perils of the sea well.

WHEN Amy Pezet had a nasty bicycle accident on a trip to Sark, it was Alison Stolton who came to her help.

STRONG leadership by Gavin St Pier is what helped to get Guernsey safety through the recent coronavirus pandemic and islander John Blatchford has now nominated him for the Pride of Guernsey Emergency Hero category.