KATE BAIN has ‘long been a promising young track athlete,’ said Tom Druce, who nominated her for this year’s Young Achiever award. 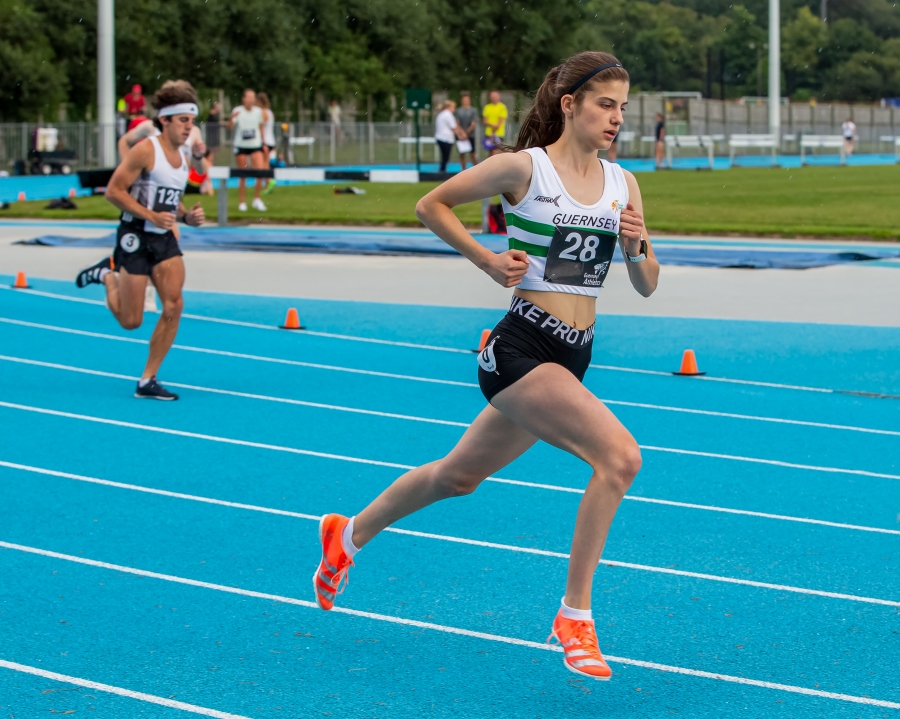 KATE BAIN has ‘long been a promising young track athlete,’ said Tom Druce, who nominated her for this year’s Young Achiever award.

The award is sponsored by St Pierre Park Hotel, Spa and Golf Resort.

Despite suffering from ‘various growth-related injury set-backs’ in 2019 and into 2020, Kate’s dedication and effort has resulted in great success.

Tom said: ‘Kate has continued to work hard on her strength and conditioning in order to underpin her running ability as soon as was able to re-commence full training.

‘Her methodical and patient approach showed maturity beyond her years and paved the way for a fantastic summer of track performances that included a Guernsey under-17 record over her favoured 800m discipline.

‘In overall terms, her time of 2min.14.70sec. is the third-fastest ever by a Guernsey female, exceeding the best times achieved by numerous previous Island Games medallists.’

Kate, now 16, has been involved with athletics since she was seven.

‘The 800m record was an aim for me for quite a long time so to finally get it was amazing,’ she said.

‘To have had an impact on the senior list and to now be the fastest woman in Guernsey feels really great.’

This summer Kate attained straight grade nines in her GCSEs and she was pleased to be able to successfully combine her studies with her sport.

The 2023 Island Games are ‘the next big goal’ for Kate and she said that she is ‘really excited for it to be in Guernsey’.