APOCALYPSE STUDIOS have been nominated for the Moonpig-sponsored Arts Contribution award. 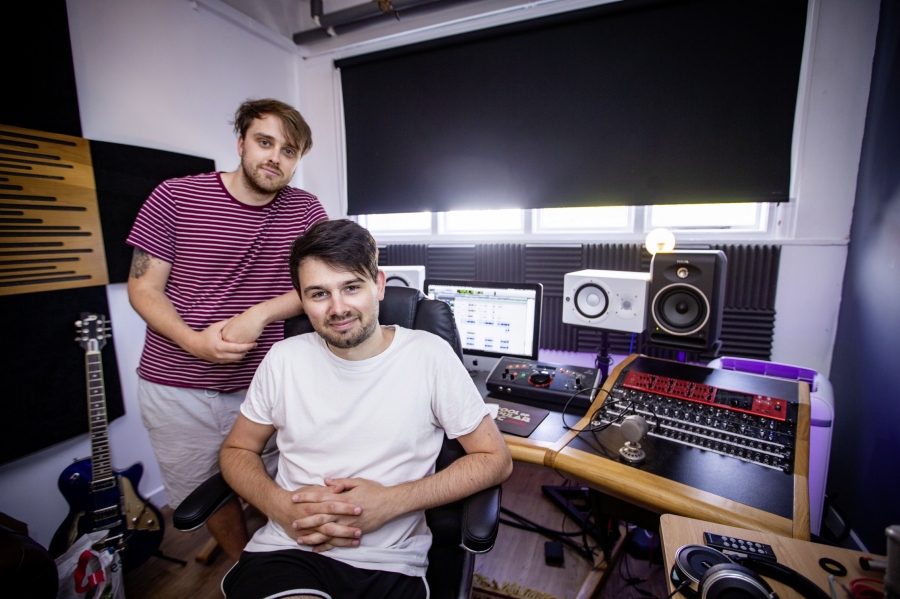 APOCALYPSE STUDIOS have been nominated for the Moonpig-sponsored Arts Contribution award.

Apocalypse Studios is an audio production company consisting of Mikey Ferbrache and Peter Mitchell, who specialise in recording, songwriting and script writing.

They are a recording studio that works with clients to create music recordings, radio adverts and video productions.

They have worked with organisations such as Specsavers and Sarnia Mutual on campaigns and also with individual artists such as songwriter Dan Ashplant, who nominated them.

‘I have been using Apocalypse Studios for a few years now, most recently for my new album, and they always do such a fantastic job and show true professionalism through their passion for and their knowledge of the industry,’ said Dan.

‘They always make time even when they are busy to help you with your project. I have worked with all of the team and have become to know them very well.

‘On an island like Guernsey, their recording facilities and knowledge are vital and that is why I feel they deserve this award.’

Mr Ferbrache, the studio manager, said: ‘We have been running since 2017. We work with clients such as local bands, singer-songwriters, corporate brands and film-makers.'