SIXTEEN-YEAR-OLD Thierry Le Cheminant brings ‘enthusiasm, passion and flair’ to his sport, according to Joshua Lewis, who nominated him for this year’s St Pierre Park-sponsored Young Achiever of the Year award. 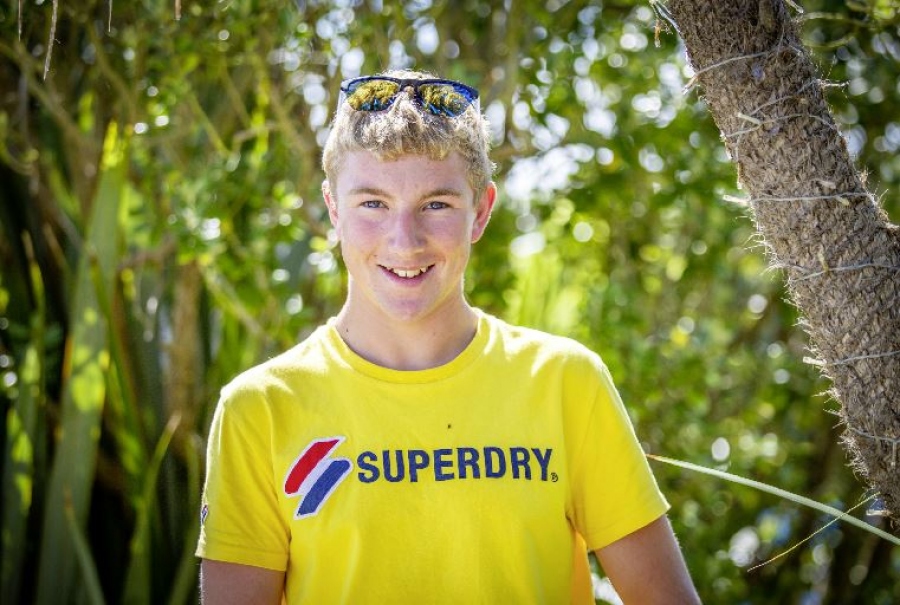 ‘After starting out with Tri Club Juniors, then Strive, Try-a-Tri and Tri-Fitness, Thierry has been the next generation of triathlon for the past five years,’ said Joshua.

‘It has only been in the past few years working with Entire that Thierry has truly started dedicating himself to the sport fully.

‘This has culminated in some superb performances in 2021, truly establishing himself at the top of the sport in Guernsey, constantly competing against the best and challenging for the win each time he toes the line.

‘Keeping focus throughout the past year has been tough for everyone, however Thierry has fully committed to his training programme. He’s now seeing the benefits in not just Triathlon, but each of the disciplines, being at the forefront of cross countries, road cycling and not forgetting winning his very first Olympic-distance triathlon.

‘It’s sometimes forgotten that he is under 18 as we can’t help but compare him to his senior counterparts that he competes against.

‘Forgetting performances, Thierry is a fantastic ambassador for the sport, bringing enthusiasm, passion and flair to both his training and racing, and I can’t think of a better nomination for the Young Achiever award.

‘His progression and personality should be an inspiration to all of those around him, both younger and older. We are looking forward to what he can achieve in the future.’