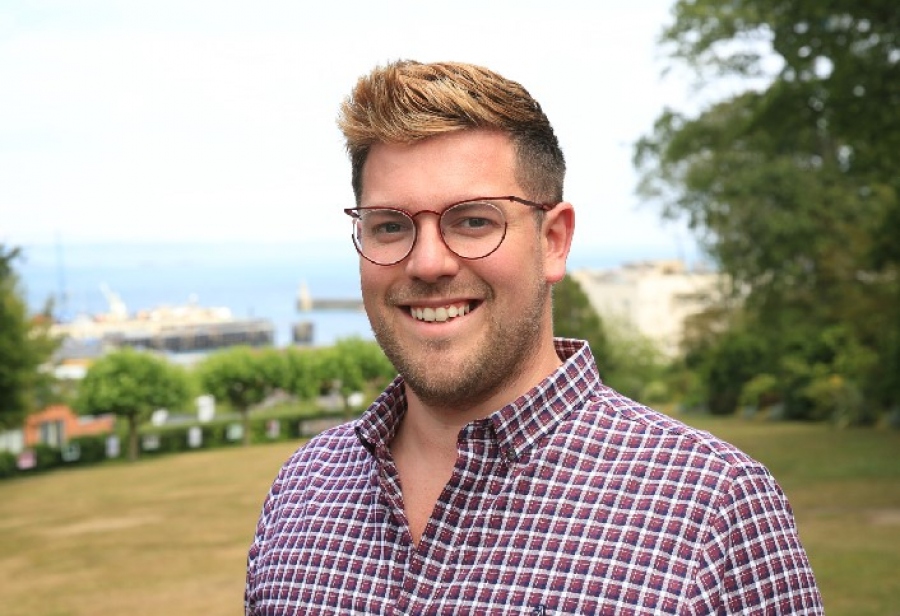 Nominator Anita Fletcher said that Darren is ‘like a breath of fresh air’ and has contributed greatly to our community, ensuring that everyone is made to feel included and valued.

Darren’s involvement in multiple groups has made his name well-known throughout Guernsey.

‘From his choir, pantomimes, radio and more, he is such an asset to this island,’ Anita added.

Darren has been the musical director of The Rainbow Chorus since it started in February 2019.

He said that at a time when some ‘refer to us as too old for all that nonsense’ and others insist on writing letters that ‘use us as a derogatory example, and at a time where people still think it is OK to send hateful letters to elderly couples telling them that they should be in a circus, it’s nice for just two hours a week to know that we’re safe and surrounded by those who love and care’.

Anita said: ‘He makes everyone feel so great. There is no right or wrong, everyone is accepted.’

According to Anita, Darren is ‘so kind and always smiling’ and this positive attitude is invaluable in making others feel accepted.