FOR the fourth year in a row, Sian Jones has been nominated for the Moonpig-sponsored Arts Contribution of the Year award. 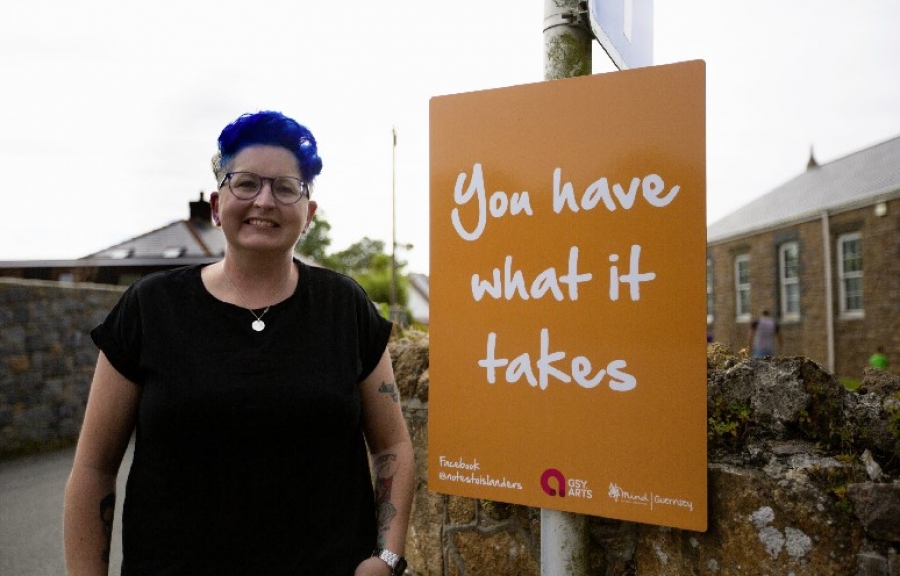 FOR the fourth year in a row, Sian Jones has been nominated for the Moonpig-sponsored Arts Contribution of the Year award.

Nominator Kaelan Le Page said: ‘Sian has done amazing work posting the “Notes to Islanders” all around the island to lift the spirits of the public. It’s so lovely to come across that boost of positivity.’

Sian started the project in 2018 after seeing similar art in London, where she lived before she moved to Guernsey.

‘I would see these signs called “Notes to Strangers” by artist Andy Leek and they helped me break a negative thought process I was experiencing at the time.

‘I wanted to bring them to Guernsey to help people to feel more comfortable talking about their mental health.

‘It’s really grown – I have got such positive feedback. Just the other day someone stopped me in the street to thank me and tell me how my signs have helped them. It’s so lovely.’

Recently, Sian has placed signs around Sarkfest and some of the local secondary schools and she hopes to continue.

Kaelan continued, ‘They not only make people’s days better, but also people who are suffering in silence sometimes need vibes like this to get through another day.

‘There’s nothing more heart-warming than Sian brightening the day of strangers.’