IMOGEN HAYMAN has been nominated for the Moonpig-sponsored Arts Contribution of the Year award. 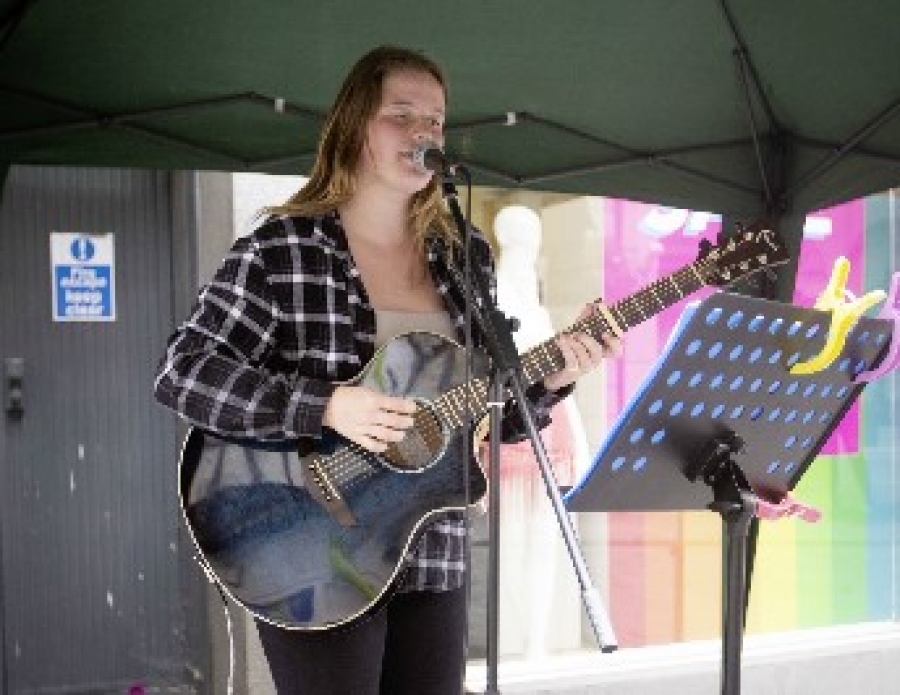 IMOGEN HAYMAN has been nominated for the Moonpig-sponsored Arts Contribution of the Year award.

‘Imogen is so talented and, for someone so young, has achieved so much and deserves to be recognised,’ said nominator and friend Emily Abreu.

‘Immy is a singer-songwriter and has been performing for years at various events, whether this be busking in Town or at gigs at St James. Each time, I am blown away at both her talent and her courage.’

She is currently producing her own album, titled Motions: Enigma, and has released her first single, titled Me and the Amazing You, which is available on Spotify and other streaming services.

Emily continues: ‘Immy is the sort of person who instantly brightens a room and she brings this energy into her performances.’

Imogen has been teaching children to play the guitar and piano for the last two years at Thirst Music School to share her passion for music and inspire others.

‘I really enjoy teaching at Thirst Music School. I also teach badminton as well as music.’

Imogen is heading to The Academy of Contemporary Music in Guildford this year to continue her music career.