THE Visitor Arrival Testing Team have been nominated for the Cherry Godfrey-sponsored Customer Service of the Year award. 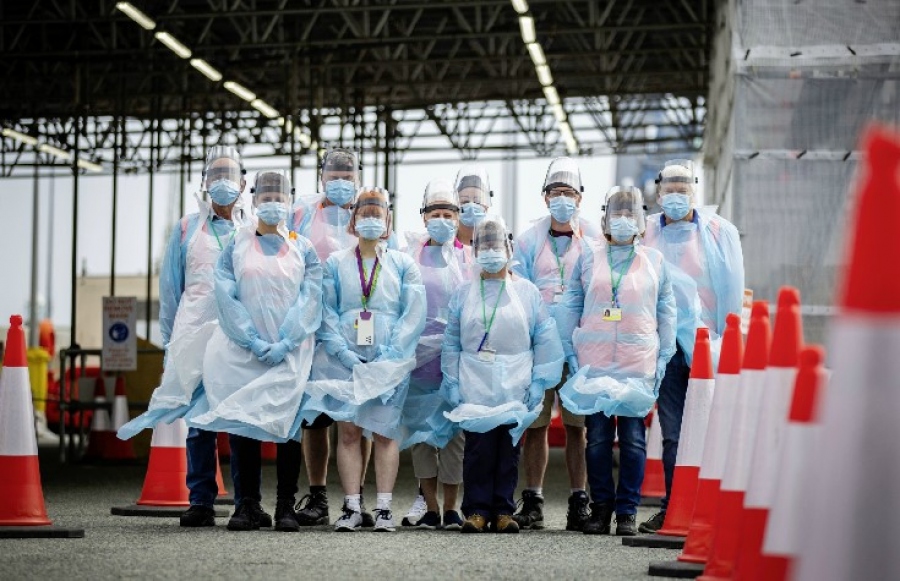 THE Visitor Arrival Testing Team have been nominated for the Cherry Godfrey-sponsored Customer Service of the Year award.

Nominator Liz Chadwick was impressed by their attitude and said the team were ‘polite, helpful and friendly’.

‘They’re the first impression of Guernsey, the ones on the ground who have to be the front line.

‘They do this daily with humour, efficiency and a desire to protect their island and families.’

‘It’s like living in a sci-fi movie. It’s something none of us should have to go through. You never get used to it. Members of the team have been working seven days a week, 16 hours a day. It’s full-on.’

She said the highlight of her job is ‘the amazing team working with me’.

‘There are so many people in the background that you don’t know about. I’d especially like to mention the Pathology Lab team and the GBA, who we’ve been working closely with.

‘They’ve been working flat out like us and they have so many things to do. All of our colleagues work so hard, but those two groups don’t get enough recognition.

‘This year has been so hard for us and for everyone else, but the fact that someone has taken the time to nominate us is really humbling. I already feel like I’ve won.’