Grandparents of the Year: Peter and Helen McGovern

GRANDPARENTS Peter and Helen McGovern became lockdown heroes and did not hesitate for a minute to take over full-time childcare for their three young grandchildren during the pandemic. 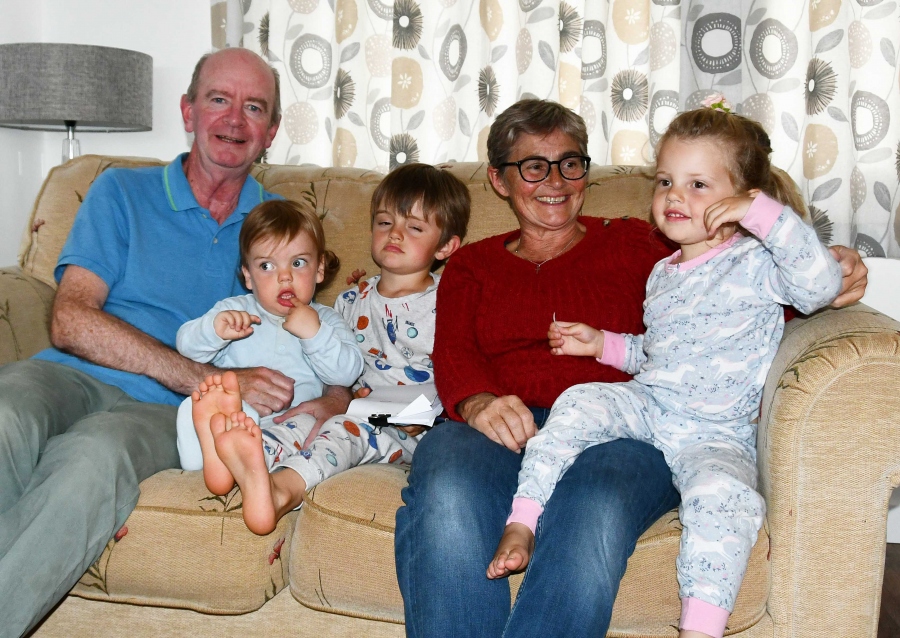 GRANDPARENTS Peter and Helen McGovern became lockdown heroes and did not hesitate for a minute to take over full-time childcare for their three young grandchildren during the pandemic.

Their son and daughter-in-law are both NHS doctors in Exeter and when coronavirus first hit the UK they unfortunately lost their regular childcare.

With three children aged 5, 3, and 15 months, daughter-in-law Lucie was faced with the prospect of having to quit work entirely to look after the children, just when she was needed most at the hospital.

That was when Peter and Helena came to the rescue.

‘My parents-in-law stepped up and offered to come over to take all three children back to Guernsey with them and look after them so that my husband and I could work. They had no idea how long it would be for and were faced with the prospect of having to self-isolate for two weeks on returning to Guernsey, but they didn’t hesitate for a minute.

‘They have not only provided all the love and care in the world but have also taught the older children to read and write, and the baby to walk and talk.

‘The children are even saying that they’d like to stay in Guernsey for longer.’

In total the youngsters spent six weeks with their grandparents, who are both former teachers so they had a head start on home schooling.

They also passed on their passion for the island – for instance, in the run-up to Liberation Day, they taught them about Guernsey’s important history during the Occupation.