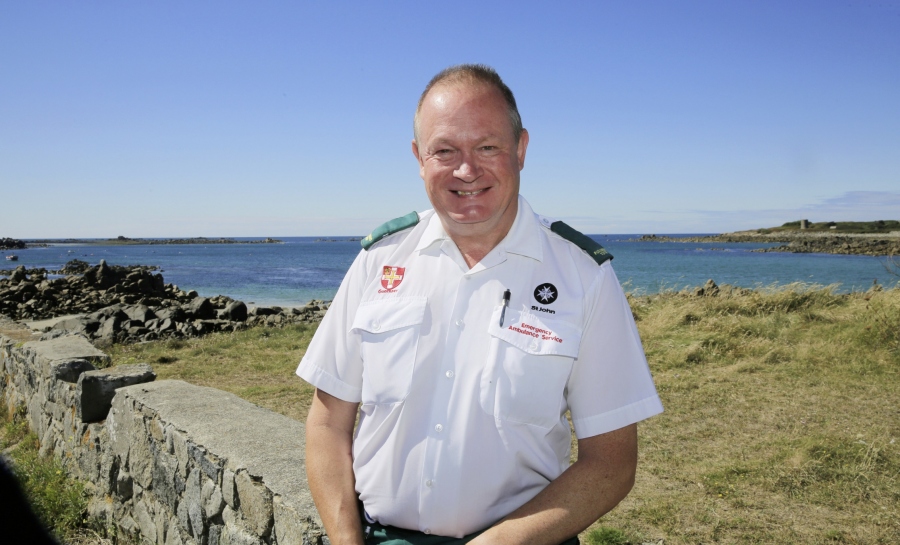 He was put forward by Chief Ambulance Officer Mark Mapp.

‘Graham has been a dedicated servant of St John and excellent role model for both volunteers and professional St John clinicians,’ he said.

‘He has encouraged and developed a number of personnel in improving their first aid and lifesaving skills.’

he said that Mr Le Maitre was not only treating the sick and injured, delivering babies and caring for people in their last moments, he was also teaching life-saving first aid skills to thousands of islanders.

‘The impact of Graham’s service to the community is immeasurable,’ Mr Mapp said.

Mr Le Maitre joined St John as a child and always wanted to be an ambulance man. He was only the second person to qualify as a paramedic in Guernsey and later went on to become paramedic tutor for 13 years.

He has also taught advanced life support for the Resuscitation Council as well as being an instructor for Guernsey Police and the Fire & Rescue Service and a trainer for St John volunteers.

He served on the Flying Christine II and III, was member of the inshore rescue boat crew and was principal on the cliff rescue team. He was involved in a number of significant rescues and major incidents and was once winched onto a burning container ship to provide medical support for firefighters.