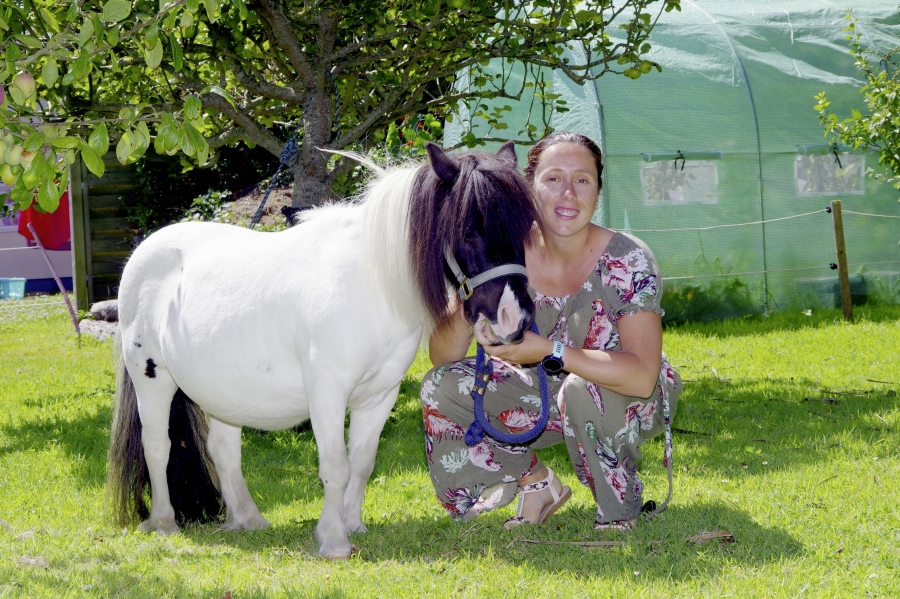 Miss Veron was diagnosed with neurological condition hydrocephalus, or water on the brain, as a result of a 12-hour operation to help with the effects of the sideways curvature of the spine, known as scoliosis, that she developed as a teenager.

Some time later the 28-year-old began to lose the use of her legs and had to have a ‘shunt’, a hollow tube surgically placed in the brain, fitted to allow excess fluid caused by hydrocephalus to be drained into her abdomen and reduce the pressure.

Over three years after that she had to have 10 lots of brain surgery because her shunt kept failing and she suffered a haematoma and an infection on the brain. She still experiences some balance issues.

Nominating her for the Close Finance-sponsored Overcoming Adversity award, Ms Gibbs said she met Miss Veron several years ago at Headway after she herself had suffered a brain injury and said she had been inspired by her.

‘She still suffers pain following her many illnesses,’ she said.

‘Despite this she is totally selfless and raises money and awareness for a number of charities which have helped her, including cycling on her trike, quiz nights, and fayre stalls.

‘She has also set up a free pony therapy company called Sophie’s Smile Ponies and with her pony, Dolly, she gets to visit places such as Le Murier, Le Rondin, as well as pre-schools and homes for the elderly and she was previously part of the Leo Club.

‘Despite her health issues she always puts others first and is such an inspiration.’