WHEN a potentially life-threatening disease is diagnosed in your child it must be difficult to know how anyone in the family is going to cope. 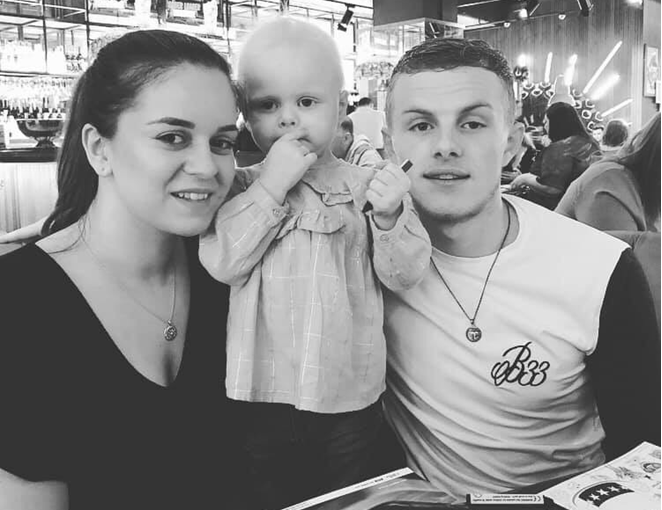 WHEN a potentially life-threatening disease is diagnosed in your child it must be difficult to know how anyone in the family is going to cope.

That was the situation facing Ellie Waterman and Logan Fallaize when in May last year their daughter, Lochie, was found to have leukaemia.

Logan’s mum, Michaela Fallaize, nominated her son and his partner for the DWA-sponsored Parent/s of the Year Award because she said they showed tremendous strength and courage throughout the battle.

‘They were devastated when they found out Lochie had leukaemia but were so strong while the rest of the family were falling apart.

‘We took turns to go over and support them, but the majority of the time they did it alone.’

Ellie and Logan have just returned to Guernsey after spending 11 months in Southampton whilst Lochie was being treated.

Mrs Fallaize said she was incredibly proud of her son and his partner.

‘They both had to stop working and leave their home, family and friends. The Priaulx Premature Baby Foundation allowed Ellie, Logan and Lochie to stay near Southampton General Hospital at Aggie’s Burrow, which is a flat for use by local families who have a young child undergoing vital care.

It means families can try to retain a degree of normality and stability and they can cook their own meals.

Doctors say Lochie, who is now nearly two and a half years old, has responded well to the treatment, but she will have to return to Southampton later this year for another lumbar puncture, which is a procedure where chemotherapy is put directly into the spinal cord.