DO NOT take your grandparents for granted is the message from Lucy Ozanne, who has nominated her grandparents Val and Dave Garnham for the Channel Islands Co-operative Society-sponsored Grandparent/s of the Year award. 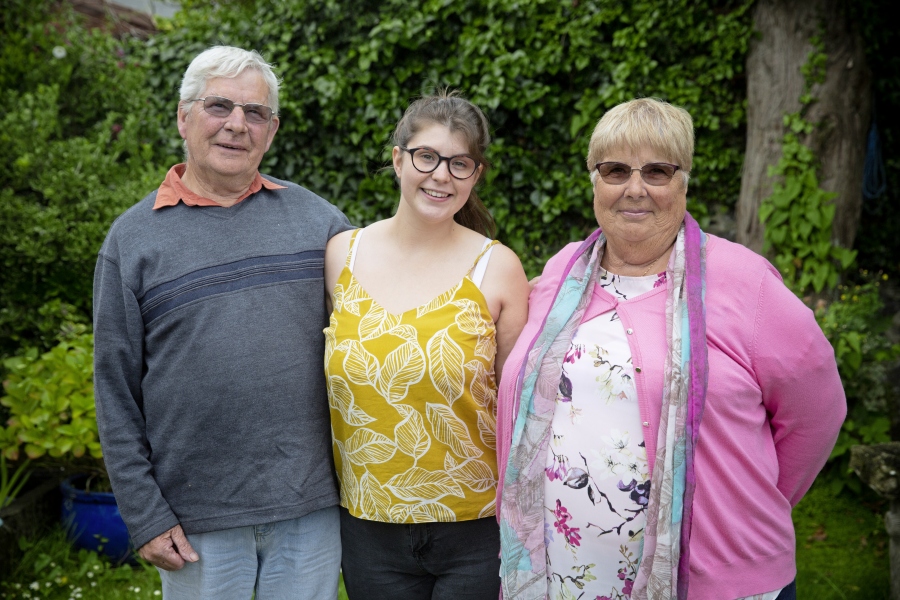 DO NOT take your grandparents for granted is the message from Lucy Ozanne, who has nominated her grandparents Val and Dave Garnham for the Channel Islands Co-operative Society-sponsored Grandparent/s of the Year award.

‘I am nominating my grandparents because they are my best friends, I can talk to them about anything and everything.’

Lucy, her mum and her brother moved in with her grandparents for a while when her grandfather was taken ill a few years ago.

The idea was that they could help out with housework and driving and Lucy said the experience opened her eyes to how special they are.

‘Papa had a mini stroke and it meant he couldn’t drive for a while, but he’s so independent and after a couple of months he was up a ladder trimming bushes, even though he wasn’t supposed to do that.

‘It was a very worrying time but a lot of positives came out of it because it really brought the family together, life moves so fast and we realised that we really like spending time together.’

Every now and then Lucy still likes to go and live with her grandparents because she feels inspired by their love and kindness.

Lucy put her grandparents up for the award because she wanted to show them some recognition.

‘My nan is the type of woman to make sure you’ve got a belly full of food, your problems are off your chest and you leave with a smile.’

Val and Dave are both members of St John and give up a lot of free time to help out at fundraising events and flag days.

Lucy said they are both well known around the island, especially her grandfather because he’s a twin and people are always getting them mixed up.