YOUNG Achiever of the Year Award nominee Kiya Ashton, 16, has ‘achieved so much in her young life’ said nominator Martine White. 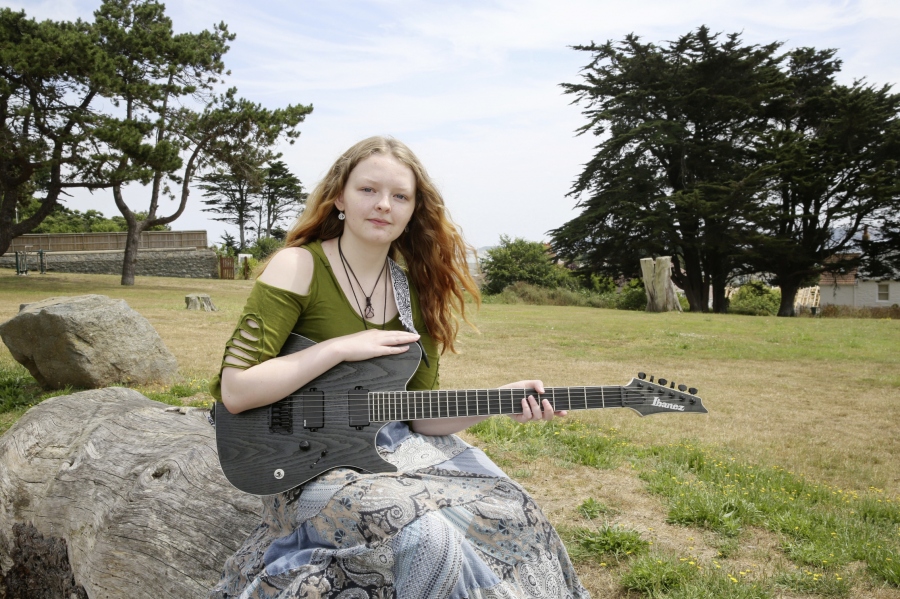 YOUNG Achiever of the Year Award nominee Kiya Ashton, 16, has ‘achieved so much in her young life’ said nominator Martine White.

‘She is a huge inspiration to those who know and meet her,’ Martine said when putting Kiya forward for the St Pierre Park-sponsored award.

‘She is becoming renowned island-wide for writing and performing her own beautiful music to an exceptional standard, using her incredible talent to deliver her sincere and heartfelt messages.’

Kiya focuses her music on subjects such as mental wellbeing, spirituality and environmental concerns.

‘Kiya eats, sleeps and breathes writing music, practising guitar and singing – she practises for hours to maintain the beautiful voice that she is blessed with.

‘She has recorded and released an EP which can be purchased with her other music on iTunes, Spotify and Bandcamp, and she played at her first ever UK festival gig.’

The 16-year-old musician achieved these things throughout her GCSE year as well as immersing herself in the local music scene, helping out and volunteering for various groups and charity events.

‘All this alone would be pretty exceptional for a young lady, considering that Kiya achieved all of this while managing symptoms of chronic pain and fatigue caused by her fibromyalgia all the while, making her somewhat of an enigma.’

Fibromyalgia is caused by nerve endings which cause the body to feel unnecessary pain and can affect mental wellness.

‘Kiya has found sanctuary in her music and it continues to give her strength.’