Pride of Guernsey: Captain and crew of Channel Chieftain V

THE captain and crew of Channel Chieftain V have been nominated for the Alexander Daniels-sponsored Customer Service of the Year Award for their ‘amazing service’. 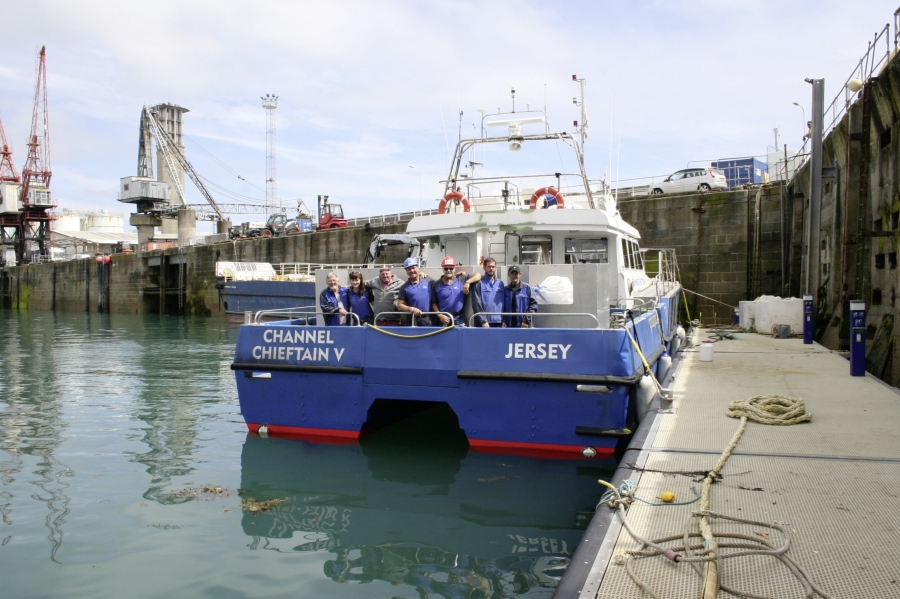 THE captain and crew of Channel Chieftain V have been nominated for the Alexander Daniels-sponsored Customer Service of the Year Award for their ‘amazing service’.

The vessel is operated by Iris Freight Channel Islands, which is a local, independent company that delivers a wide range of commercial and personal items between the islands.

It’s an early start for those involved, with national newspapers loaded in Jersey at 3am to make the crossing to Guernsey.

‘The captain and crew of this small ship have given the island amazing service for the second year running,’ said nominator Jackie Bisson.

‘The Channel Chieftain V arrives in Guernsey every morning between 6am and 6.30am with our daily paper and has only been beaten by the weather a couple of times.

‘They deserve a medal and completely outshine other

sea services we have,’ she said.

Set up in 2015, Iris is the first daily freight shipping service between Guernsey and Jersey and delivers every day of the year except Christmas.

Since the start of operations in March 2017 it has been unable to sail on just seven occasions, giving it a 99% reliability record.

During their two years of operation the team have assisted in the rescue of a Guernsey fisherman and carried numerous passengers between Jersey, Guernsey and Sark on their journey including wedding guests, fog-bound air travellers and a seal.