THE management and staff of one of Guernsey’s newest extra-care housing facilities have been put forward for this year’s Angel of the Year Award. 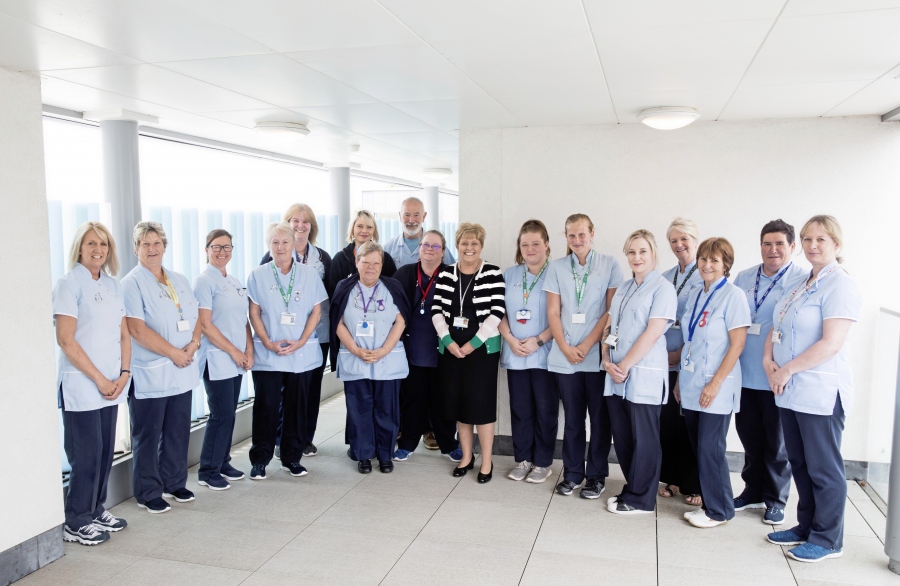 THE management and staff of one of Guernsey’s newest extra-care housing facilities have been put forward for this year’s Angel of the Year Award.

Resident of Le Grand Courtil Emily Nuttall has put forward the team for the Ravenscroft-sponsored award, having moved into the facility earlier this year.

‘I have been accepted from day one,’ said Emily in her nomination.

‘The staff have the time to listen and be there for me. I am encouraged with my recovery and independence, the staff always go out of their way to make a difference, making sure me and the other tenants are supported in every way.’

She added that on really difficult and challenging days, staff members are there for her to provide support and encouragement. ‘They work tirelessly around the clock and even in the most difficult and stressful of situations they are always there and put a smile on mine and everyone else’s faces, making us feel supported and at home.’

This extends to making the residents feel included in everything that takes place at Le Grand Courtil, she added.

‘They deserve to be recognised for working tirelessly to do this and I am forever grateful for their continued support.’

Le Grand Courtil in St Martin’s opened in May 2016 and has 63 one and two-bedroom flats, some of which are in part-ownership under a scheme operated by the Guernsey Housing Association.