A STALWART of the St Peter’s Floral Group, Bert Fallaize, has been nominated for the A7 Design-sponsored Parish Champion of the Year award. 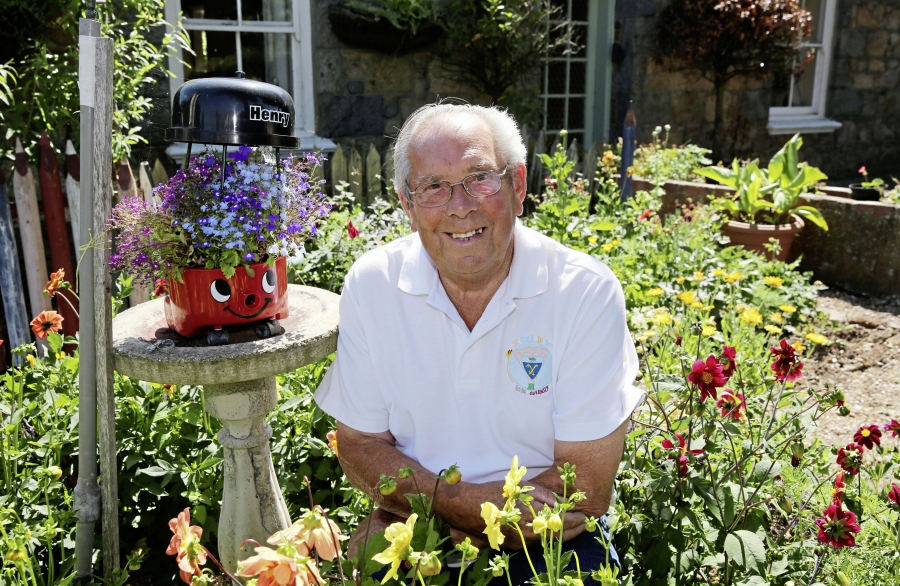 Even as he approaches his ninth decade, Bert remains a regular sight around St Peter’s, working on a variety of Floral Group projects that aim to make the parish a lovelier place for both residents and visitors.
‘He has already received a national award – he was surprised when he joined his fellow St Peter’s Floral Group members at the Britain in Bloom awards in 2015 and was presented with a Community Champion award,’ Bert’s nominator said.
‘He was humbled to receive the award, just one of about a dozen people across the country to be so honoured.’
St Peter’s won a gold award in its class and later represented Guernsey in Britain in Bloom’s Champion of Champions category, where the parish earned another win.
‘His enthusiasm and devotion to the cause has not waned one iota over the years, and even after he had major heart surgery, he bounced back.
‘Bert is heavily involved in the annual visit of Santa Claus to St Peter’s, something which he clearly loves.’