‘NOTHING is too much trouble’ for Dr Peter Gomes and the staff at the Bulstrode Oncology Unit, according to the woman who has nominated them for the Angel of the Year award. 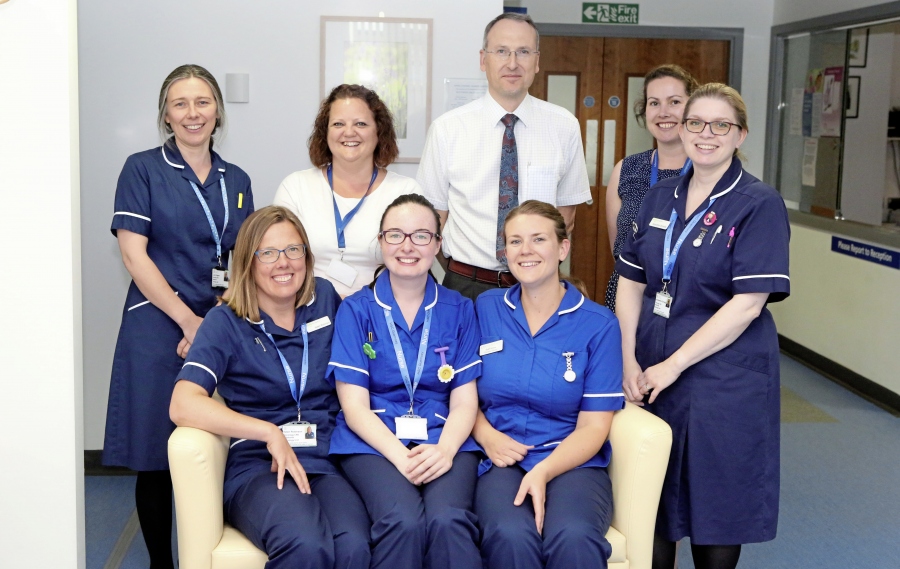 Joanne Terry said that were it not for Dr Gomes she might not be here today, and she feels he and the team deserve the award, which is sponsored by Ravenscroft.
Mrs Terry was initially not diagnosed with breast cancer due to her unusual symptoms. If Dr Gomes had not recognised the signs, the outcome might have been very different, she said.
‘It’s a rare kind. He just said, “I’ve seen this before”, and he knew exactly what he was doing.’
Dr Gomes works closely with the rest of the staff in the unit and during her treatment Mrs Terry joked that she thought she had seen him more than his wife.
Everyone in the unit ‘works tirelessly with all cancer patients’, she said in her nomination.
‘They can be real angels when you are undergoing chemotherapy, and all the numerous visits you make there for blood tests, scans, etc.’
But this extends even beyond the unit: ‘Even if you are at home having difficulties because of your treatments they are only too willing to help,’ said Mrs Terry.