BRINGING Mandarin lessons to Year 3 pupils at St Mary and St Michael School was a ‘fantastic opportunity’, said the person who has nominated Nicola Loveridge for Teacher of the Year. 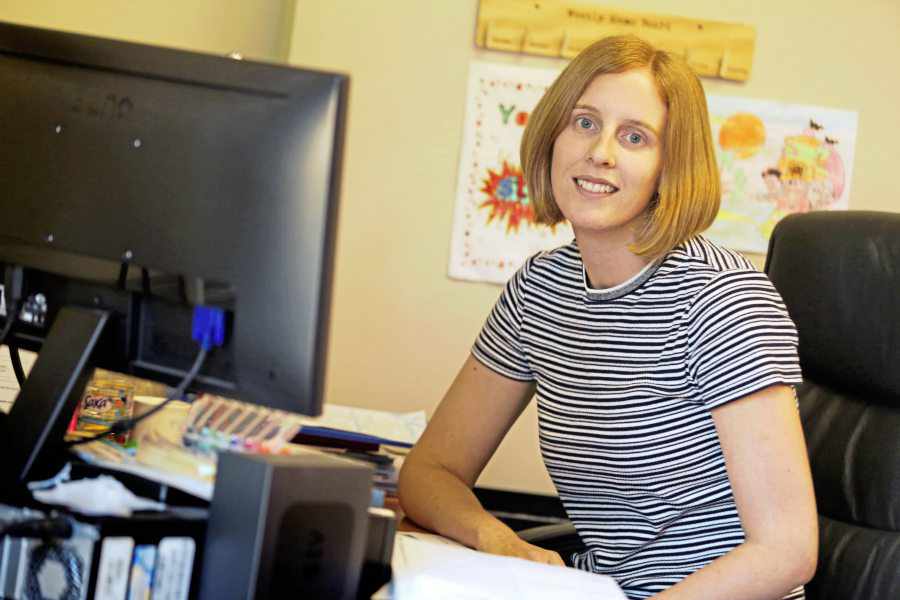 ‘My son has come on leaps and bounds since being in her class,’ she wrote in the nomination for the Garenne-sponsored award.

Miss Loveridge has been at the school for eight years after starting her career supply teaching at other schools.

As well as teaching, she is head of history at the school and has established close links with the museum service.

The connection with Guernsey Museums has led to Miss Loveridge bringing in speakers to talk to classes about the island’s history.

She has also arranged trips for the pupils, during which they are able to handle artefacts and learn about the past.

And last term she was involved in helping stage a school musical, which takes place every two years and which on this occasion was The Amazing Adventures of Superstan.

‘She works so hard with all of the children in her class,’ said the nomination.

‘She has also given them the fantastic opportunity to learn Mandarin as part of their lessons.

‘I know that this award would mean so much to her and would be a sign of our appreciation.’