ISLAND GAMES player Jordan Kelly made his Guernsey FC debut this year and coaches young goalkeepers in his spare time. 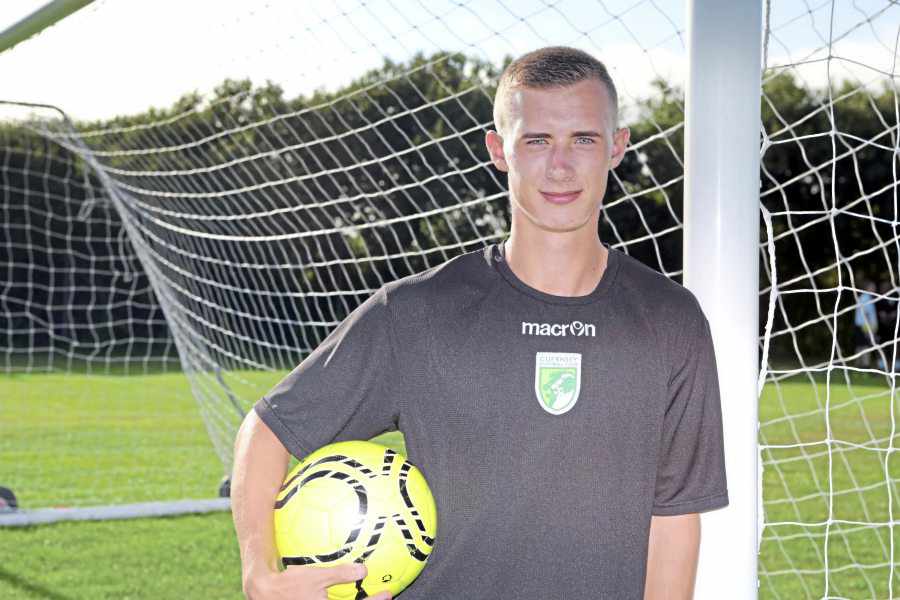 These are two reasons why his nominator believes Jordan should win the Close Finance-sponsored Overcoming Adversity Award.

Jordan was recently diagnosed with Asperger’s but he has not let that get in the way of achieving and thinking about his future.

‘Jordan has still managed to come away with 10 GCSE grades A-C and is now studying for his A-levels. Although the first year at sixth form was tough, he has managed to repeat the first year and is working towards his second year.

‘Whilst all this was going on he was continuing with his passion, football. He has represented the island, made his Guernsey FC debut and gone on to win a bronze medal at the Island Games as well as giving up his free time to help coach young goalkeepers.

‘It is unclear what caused the psychotic episode he had and he will never know, but the hope is that with the help of medication it will not return.

‘Not many people knew what was going on in Jordan’s life, but he still carried on his daily routine as best he could even though inside he was struggling to cope. He is an inspiration and it has given him a different outlook on life.

‘He gives 100% to everything he does and it has made him a stronger person.’