COLIN WILLIAMS works ‘assiduously’ and ‘tirelessly’ in the words of the numerous members of his community who have all nominated him for the Specsavers-sponsored Carer of the Year Award. 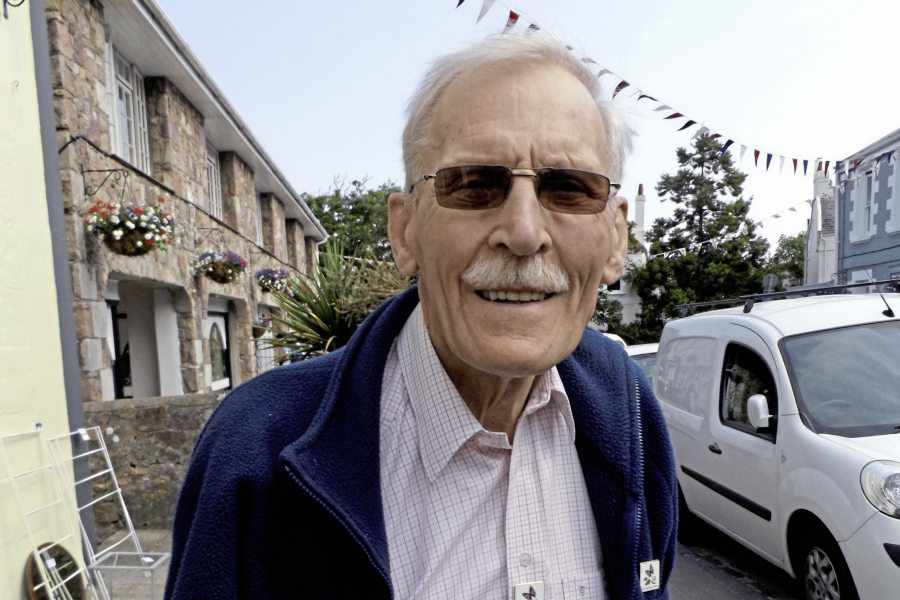 Being a gentleman of considerable age himself is said to have not stopped Mr Williams, who is busy from dawn ’til dusk making a difference in his Alderney community.

His commitments centre on those with dementia and Alzheimer’s, having set up his own charity, Milly’s Foundation, in memory of his beloved wife. Mr Williams also organises training courses for carers, home helpers, health care providers and businesses.

Extending even beyond Alderney, he has personally founded and supported a care home in Romania.

‘He never minds giving his time and a listening ear,’ said one nominator.

Not just a selfless carer but a talented musician, Mr Williams sings and plays the guitar with the residents of Alderney’s Connaught Care Home and plays with the Mad Scatter and Alderney Ukuleles.

‘Colin is a humble person who has passion and drive and we all love him dearly,’ Josephine Cowling said.

‘He is unfailingly kind and generous with his time and energy and is an inspiration to us all,’ added Bridget Postlethwaite.