‘AS THE ambitious organiser and spearhead of the Guernsey Photography Festival, Jean-Christophe – “JC” – Godet has put Guernsey on the map as one of only about five or six internationally-recognised photography festivals in the country,’ explains his nominator for the Moonpig-sponsored Arts Contribution of the Year Award. 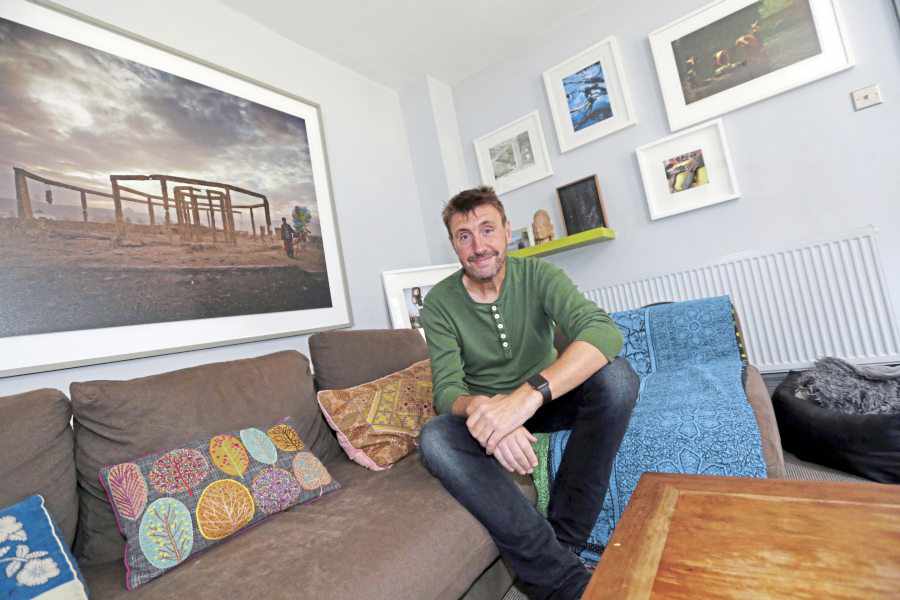 ‘Photographers from up to 60 or so countries compete to be shown at the festival, many of them attending and bringing a cosmopolitan and artsy atmosphere to St Peter Port when the exhibitions are on. The festival is put on biennially – the next one is in 2018 – but is organised on an ongoing basis. As the festival director, JC yearly runs a strong educational programme with arts students in Guernsey and Jersey and his efforts have won national awards for inmates of Guernsey Prison for their documentary work done in situ.’

There is also a programme of talks by visiting international photographers each year, sponsored by Specsavers, plus a yearly artist in residence programme run in conjunction with Guernsey Museum. The result of this is an international-standard exhibition at Candie and the addition of some of the exhibiting photographers’ work going to the museum’s pictorial archive.

‘JC’s efforts do, I think, deserve more public recognition,’ said his nominator. ‘People don’t realise perhaps the scale of his achievement and the benefits he brings to Guernsey – although it must be said Gavin St Pier and the Bailiff both seemed to understand what the festival means to Guernsey when they made presentations at the 2016 opening.’