Pride of Guernsey: Winners proud to be faces of 2017 awards

TWO Pride of Guernsey 2016 winners are encouraging islanders to support this year’s event. 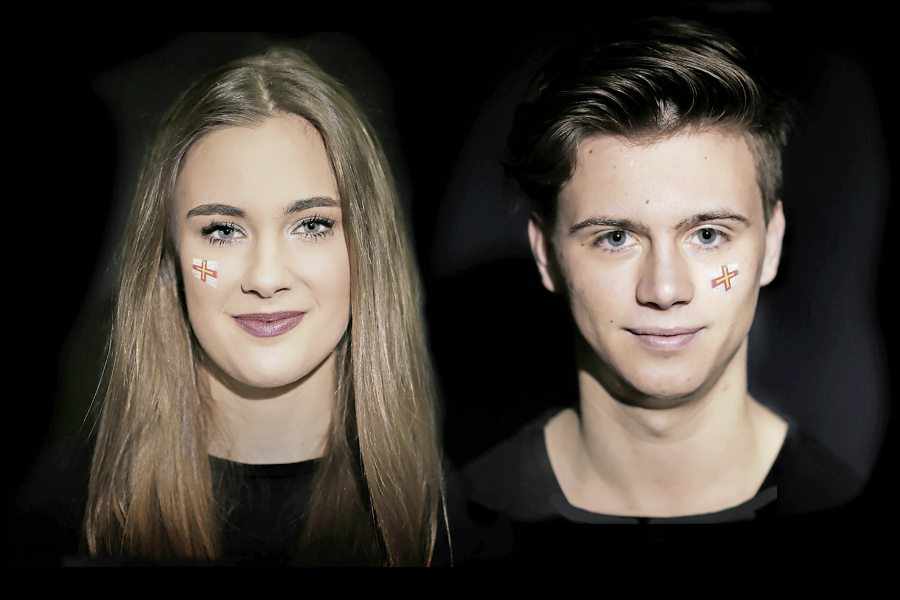 Jessica Pearce, 16, and George Garnett, 18, have both helped to promote this year’s awards by featuring in our special photo shoot as the faces of our 2017 promotional material for the newspaper, our websites and social media.

Jessica, who last year won the Overcoming Adversity Award, and George, who was crowned Young Achiever of the Year, said it had been an honour to be part of the inaugural ceremony last October and have both urged islanders to get nominating.

‘It is so nice to give people recognition for things that they have done or what they might have gone through,’ said Jessica.

‘I’m really honoured to be part of this year’s event too – it’s nice to be supporting something which is so good and that gives recognition to those who deserve it.’

She was nominated for Overcoming Adversity due to her unselfish support of her beloved elder sister Georgina, who was

diagnosed in 2008 with the incurable disease Niemann Pick Type C. Georgina passed away shortly after the ceremony, in November.

Jessica has since been concentrating on her studies at the Grammar School Sixth Form Centre and hopes to be able to go to university to study performing arts and musical theatre, as well as doing an extra year in primary teaching. Using her qualifications, she hopes to then set up a dance school for children with disabilities.

Last year’s award winners were presented with £1,000 in prize money to spend how they wished.

Jessica donated £250 each to fellow shortlisted nominees in her category, Jonah Gillingham and Anthony McMahon, and used the rest to buy a laptop for her studies.

George, a keen botanist, is planning to use his prize money to travel to and explore China’s large genus of trees and shrubs in the pea family. He is hoping to attend Reading University in September to study ecology.

Spreading the word about the Pride of Guernsey Awards this year was something he was more than happy to help with.

‘It is a really great scheme,’ he said. ‘A lot of people don’t think what they are doing is worthy of being acknowledged, when it is.

‘It is nice to recognise people and I hope the Pride of Guernsey Awards will carry on for many years to come.’