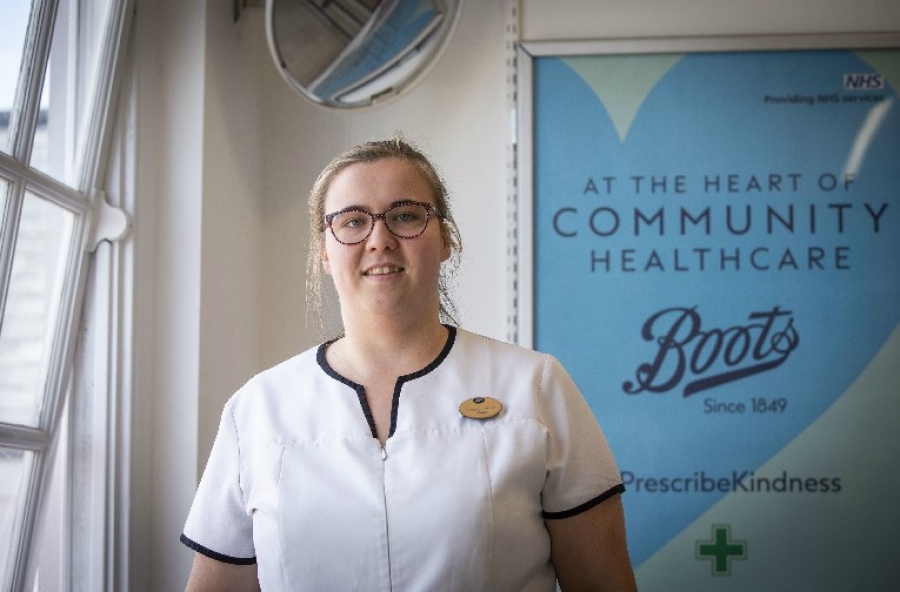 Put forward by an anonymous nominator who works with her, Ms Jackson completed her two-year course at college last year while battling to control her anxiety and a year on she is in the running for the Close Finance-sponsored Pride of Guernsey award.

‘Megan has been working extremely hard during lockdown at Boots in Town,’ her nominator said.

‘She has worked every day without fail and has not complained once about it and has just got on with it and everything that is expected of her at work.’

Ms Jackson even worked a few extra hours to help out when they were short staffed.

Her nominator added that although at points it had been difficult, her strength of character shone.

‘Megan is always happy to help out on the shop floor, even when she is finding things difficult working full time as well as completing her maths and English and huge amounts of work.

‘She definitely has her bad days but is also a very happy person.

‘I think she definitely deserves the award for her hard work and determination.’