COMPASSION, care and empathy encompasses Daniel Ormrod’s role at Argent Funeral Care. For attentive listening and respecting client wishes, he has been nominated for the Customer Service of the Year award, sponsored by Cherry Godfrey. 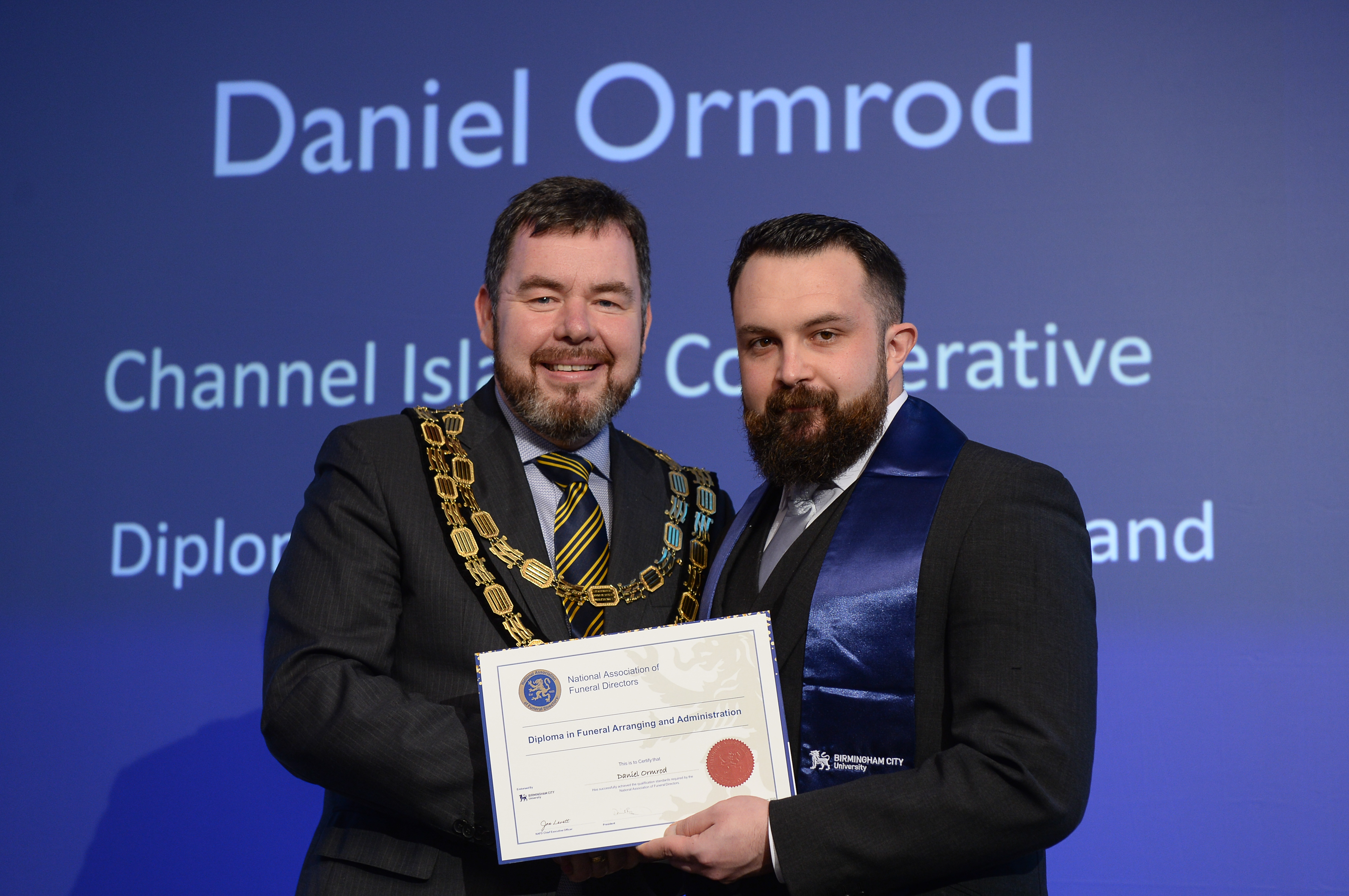 For attentive listening and respecting client wishes, he has been nominated for the Customer Service of the Year award, sponsored by Cherry Godfrey.

Particular needs are attended to during difficult times so that things are a little more bearable with help at hand.

Nominator Jonathon Bichard said: ‘Daniel’s been at Argent for five years, maybe more. He got an interest in being a funeral director when his dad passed away. He was so impressed with the way it was handled that he felt he wanted to give back and do the same for other families. I think it gives him a sense of purpose.’

Previously Daniel trained to be a police officer, but found it wasn’t his calling.

‘After that he started with part-time carrying at Argent, where I met him. Since then he has progressed to become a funeral director in his own right.

‘Daniel is the consummate professional.’

Daniel’s focus is on helping people commemorate the lives of loved ones exactly how they wish to.

‘He is always providing excellent care, compassion and empathy. He is very quiet and very polite. You can tell that when you’re talking he is listening, with complete attention to detail.’

‘His understanding of people’s needs is brilliant and he always conducts himself with the utmost professionalism. Normally when you think funeral director you think of an elderly, pallid person, but Daniel’s a stocky bearded fella, which seems to put people at ease.’

Ensuring all needs are met, Daniel goes above and beyond.

‘Recently he arranged a funeral for 600 guests and made sure that everybody attending had one specific football shirt on. He gets stuck in, does an honest job and really deserves recognition. He’s just brilliant.’