ALDERNEY BIRD OBSERVATORY warden John Horton is the backbone of research done there and has been nominated for Conservation Hero of the Year, sponsored by Butterfield. 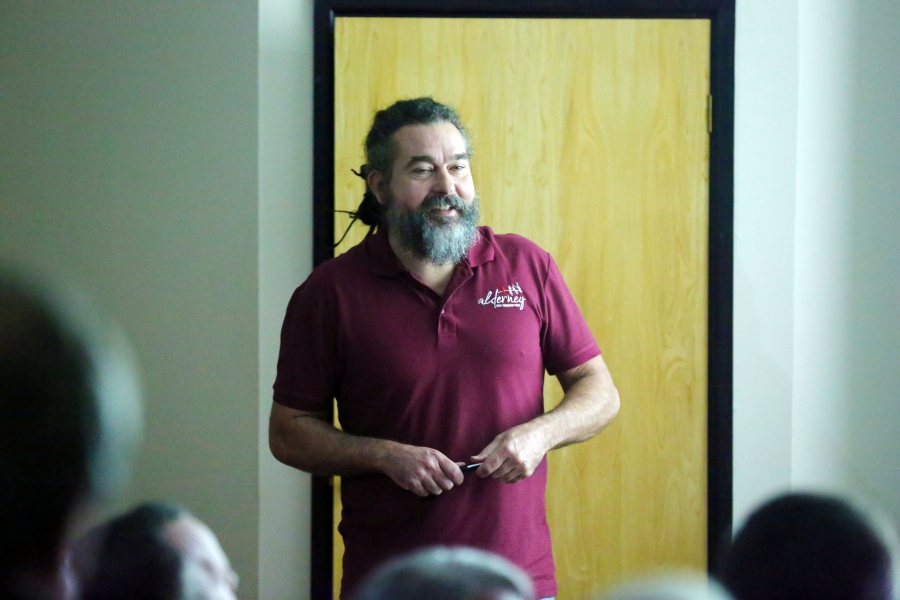 ALDERNEY BIRD OBSERVATORY warden John Horton is the backbone of research done there and has been nominated for Conservation Hero of the Year, sponsored by Butterfield.

He helped establish the observatory and made a host of discoveries through expertise, passion and infectious enthusiasm.

It is the only observatory in the Channel Islands and the 20th and most southern in the British Isles, offering vital insight into migratory patterns which would otherwise go unrecorded.

Nominator Norma Paris said: ‘John has been an essential part of ABO since its inception in 2016.’

Holding the position of Alderney’s bird recorder, he also sits on the committees for the Channel Island Ringing Scheme and the Bailiwick Rare Birds Panel.

‘He is Channel Islands Ambassador for Zeiss Optics Ltd and leads specialist wildlife holidays in the Bailiwick for award-winning Naturetrek.’

Having moved to Alderney four years ago to set up the observatory, he worked entirely free of charge for two years. In that time the ABO achieved national accreditation from a UK regulator.

‘John is widely acknowledged as an expert in his field and, with his infectious enthusiasm, has shone an international spotlight on Alderney.’

Recently he discovered a bearded vulture in Alderney, which attracted over 170,000 views on ABO social media pages, and accommodates guests in the Field Centre. ‘Which means professionals and enthusiasts can come and share their knowledge and passion for the natural world.’

‘His boundless energy, passionate commitment and his contributions to the recording of Bailiwick wildlife must surely be the very definition of a hero of conservation.’