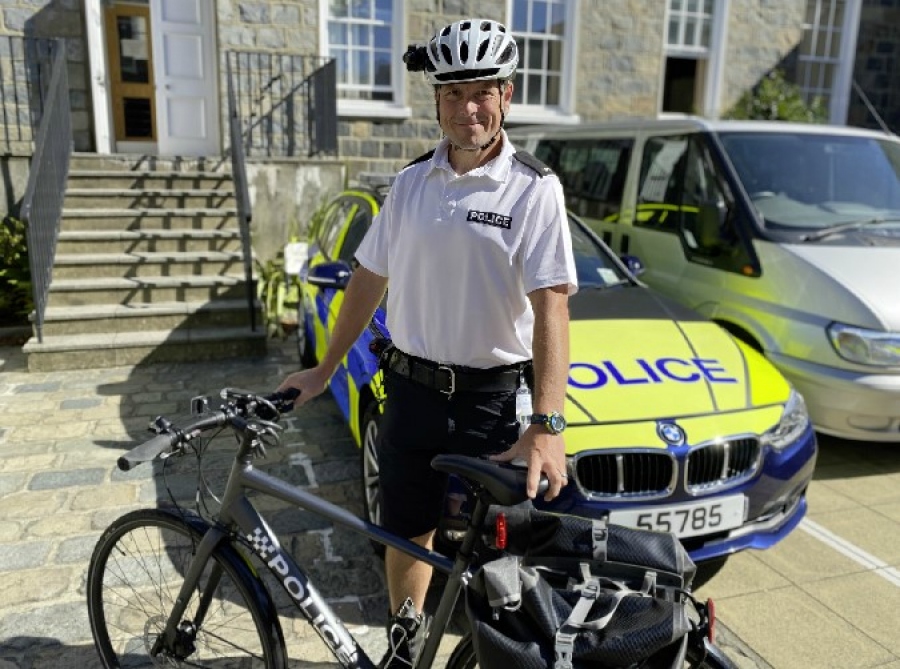 PC Nicholas Boughay covers Vale and St Sampson’s and is often seen around the parishes on his bicycle in all weathers.

He has been nominated for the award by Sarah Simon.

‘Nick is well known for being the face of neighbourhood policing, he covers the north of the island,’ she said.

‘Nick delivers lessons in all of the schools he can and he takes personal responsibility to organise and ensure they get done.

‘Nick always puts in extra hours and is there to help his colleagues, as well as helping as a search officer.’

She said that the officer’s attitude was valued by the community.

‘Nick cares so much about his work and the people he deals with,’ she said.

‘He has excellent professional relationships with people because of the way he is, he is always there to help. I want to nominate Nick so he gets the credit he deserves and it highlights how important neighbourhood policing is.’