LOCAL musician and singer, Toby Falla, has had a strongly-felt nomination for the Moonpig-sponsored Arts Contributor of the Year award, 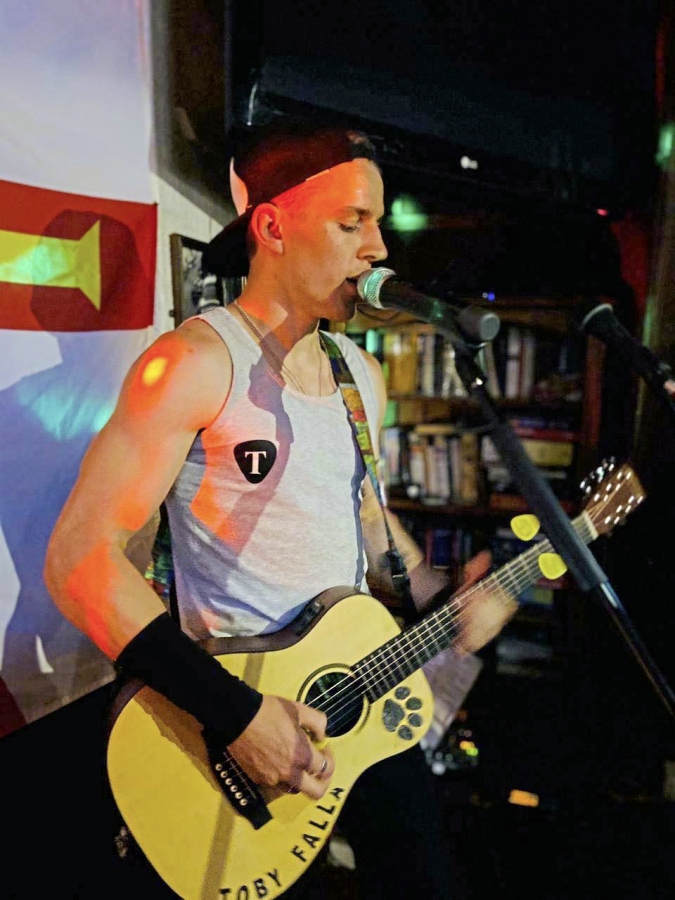 LOCAL musician and singer, Toby Falla, has had a strongly-felt nomination for the Moonpig-sponsored Arts Contributor of the Year award,

‘During the start of lockdown, when the whole island was stuck indoors like we had the plague, Toby was over from the UK and stuck here also,’ said Jade Duquemin. ‘He missed out on gigs and his fans and everyone who enjoys his music were devastated.’

According to Jade, Toby did 15 straight weeks of Facebook live streams and performed every Saturday for three hours straight, sometimes even longer, doing different themes each week, such as being a bride for a wedding, Ed Sheeran, the Easter Bunny and Christmas in April. All for free. He did this while he was losing money, obviously not gigging at local pubs, but that didn’t stop him. He cheered everyone up. Everyone was always looking forward to Saturday nights and Toby would continue to do requests that fans asked for and keeping us all entertained.

‘He didn’t have to do this, especially when he could have been doing other things such as song-writing, but he never ever failed to put a smile on everyone’s faces and he was told constantly how he had cheered up their week at this dreadful time.

‘He literally saved a lot of us, especially when some had hit low points during lockdown.’