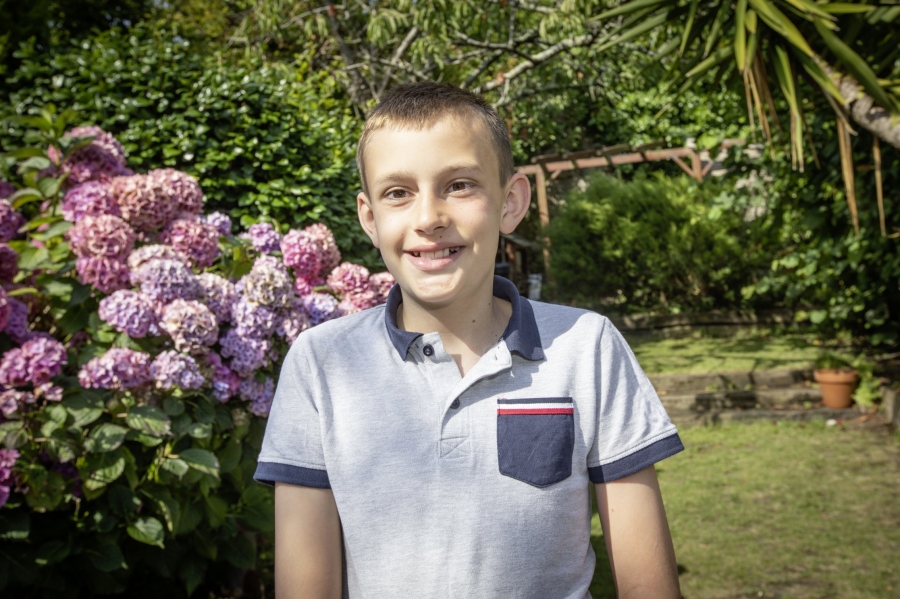 This 11-year-old boy, nominated for the St Pierre Park Hotel, Spa & Golf Resort-sponsored Young Achiever of the Year award, lives with septo-optic dysplasia and panhypopituitarism, which go hand in hand with each other. This means he has severe visual impairment and his pituitary gland does not function as it should and does not secrete vital hormones required to sustain life.

Living with these conditions means Reece has daily struggles as he has little vision and he also has to take various medications multiple times a day to provide him with the hormones his damaged pituitary gland does not make. These include corticosteroids, thyroxine, melatonin and a growth hormone injection.

So every day, life for this 11 year old boy is far from simple. Yet despite all this, he attends a mainstream primary school, which doctors thought he would never accomplish.

His family said Reece never lets his conditions stand in his way.

‘We couldn’t be prouder of his achievements throughout his time at Vauvert Primary School,’ Mr Knight said.

‘He has thrown himself into learning alongside his peers at the same pace, with specialist equipment and support, taking part in as many activities, clubs, sports, plays and school trips as his impaired vision allows him to.

‘His confidence over the last year at primary school has grown dramatically as he adapts himself to all kinds of situations.

‘We feel Reece deserves the Young Achiever’s award because every day Reece achieves something new, whether it be big or small. He is an inspiration and never gives up.’