FOR his support for Year 1 children at Hautes Capelles Primary School in their efforts to hatch and raise chickens, Kevin Driscoll has been nominated for the A7 Design-sponsored Parish Champion of the Year Award. 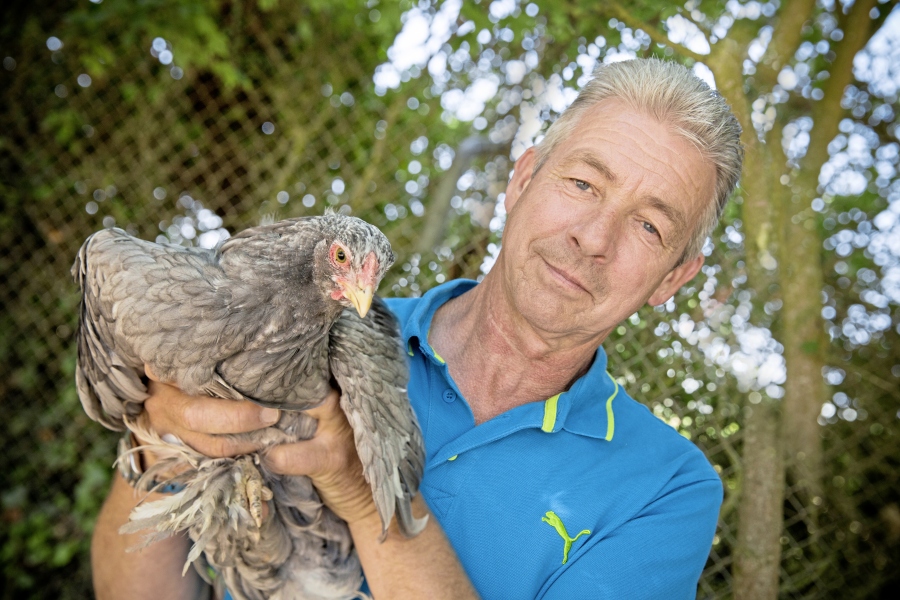 He has been nominated by Nicola Waterworth, who has commended Kevin for his help and guidance at the St Sampson’s-based school over the last few years.
‘Kevin goes above and beyond by sourcing eggs, teaching us how to care for the eggs and how to look after the chicks,’ she said. ‘He has built pens to allow the children to be able to observe changes in the chicks and also let us keep the chicks outside now they are bigger.’
‘Kevin is hoping to enter some of the chickens in the North Show.’
‘Not only has Kevin supported us behind the scenes but he has also come into class to share his knowledge with the children,’ Nicola said.
‘Kevin comes to school every day to care for the chickens and has taught both the children and the adults so much.’
Nicola said that the Year 1 team were extremely grateful for Kevin’s support and that they could not have made the topic so exciting for children without him.