A SIXTH-FORM student who engaged his peers and industry professionals in an environment and sustainability conference has been nominated for Young Achiever of the Year. 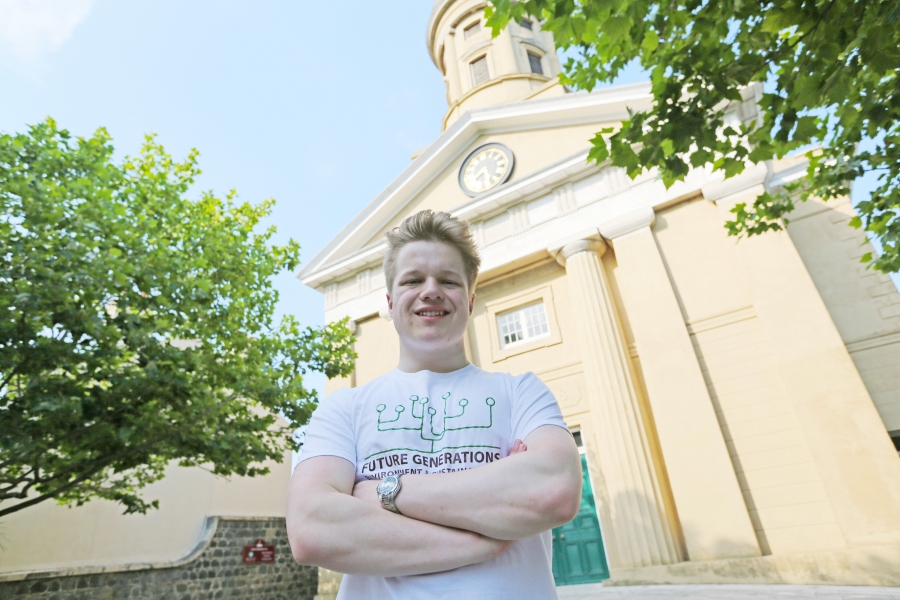 Pieter Durman has received multiple nominations for the Butterfield-sponsored award, commending him for his hard work, innovation and leadership skills.
‘Pieter designed, organised and ran the Future Generations: Environment & Sustainability Conference held at St James in March this year,’ said Marilyn Morgan.
‘He engaged a group of peers from other schools to become involved and invited speakers from Carey Olsen, The International Stock Exchange, Guernsey Water, the private sector and civil servants to participate in the forum, as well as inviting all the deputies to attend and engage in networking between discussions. Pieter’s aims were to engage young people and to make the Future Generations brand a model for young people to host similar events in the future.’
June Money said he had accomplished this without neglecting his studies and had overcome poor health along the way.
'Despite this, with his determination he passed all his exams with top grades and has since been offered a place at Cambridge.’
He is also very active in the community and the dramatic arts.
‘Pieter’s preparation, talking to a cross-section of the business community and getting speakers to take part in this worthwhile project, had taken six to nine months to complete,’ said another nominator.
‘Pieter also takes part in the Guernsey History in Action Company at Castle Cornet and provides entertainment for visitors to the castle.’