FOR HER dedication, commitment and fundraising efforts Joanna Simmons has been nominated for the Specsavers-sponsored Carer of the Year Award by the Guernsey Chest and Heart. 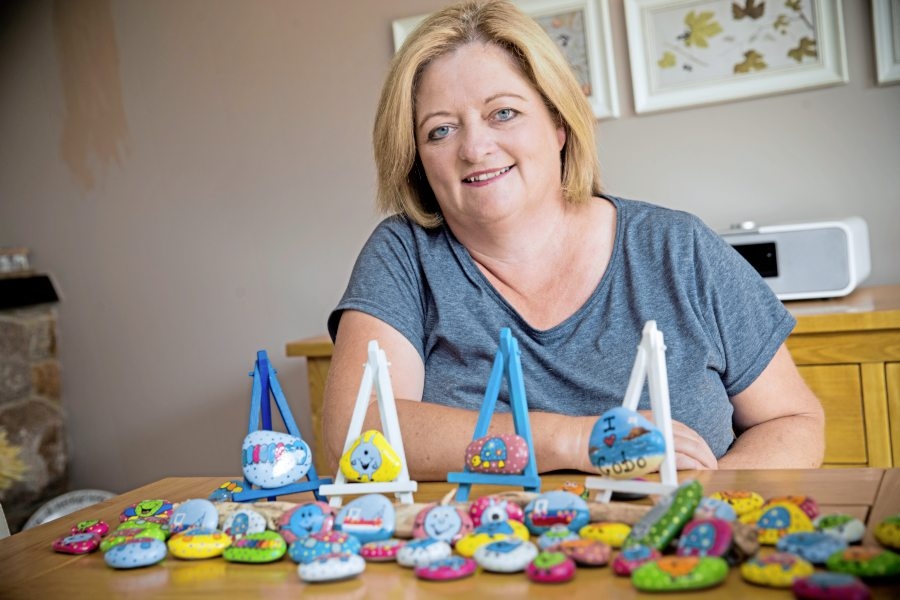 ‘Due to a strong family history of heart disease, Joanna decided to raise money for Guernsey Chest and Heart,’ they said. ‘She had a very innovative idea of painting pebbles and selling them in aid of the charity.’
Joanna set up the group Love Pebbles Guernsey in 2016, and since then has spent many hours painting pebbles and organising events such as pebble hunts over the island for children.
In the 18 months she’s being doing it, Joanna has raised more than £3,000 for Guernsey Chest and Heart.
‘The money she has raised has been used to buy two much-needed cholesterol machines last year,’ said Carolyn Oxburgh, manager of Chest and Heart.
Any money that is still getting raised will be put towards sticks that test cholesterol and the general running of the foundation.
This cause is very close to Joanna after she lost both her mother and sister to heart disease.
‘Guernsey Chest and Heart is hugely grateful for all the time and care she has dedicated to the charity and we feel she has gone above and beyond all our expectations.’