DR DAVID JEFFERY, of Isabelle Vets, has been nominated for the Pride of Guernsey Carer of the Year award by a pet owner who has praised his dedication both to the animals and their owners. 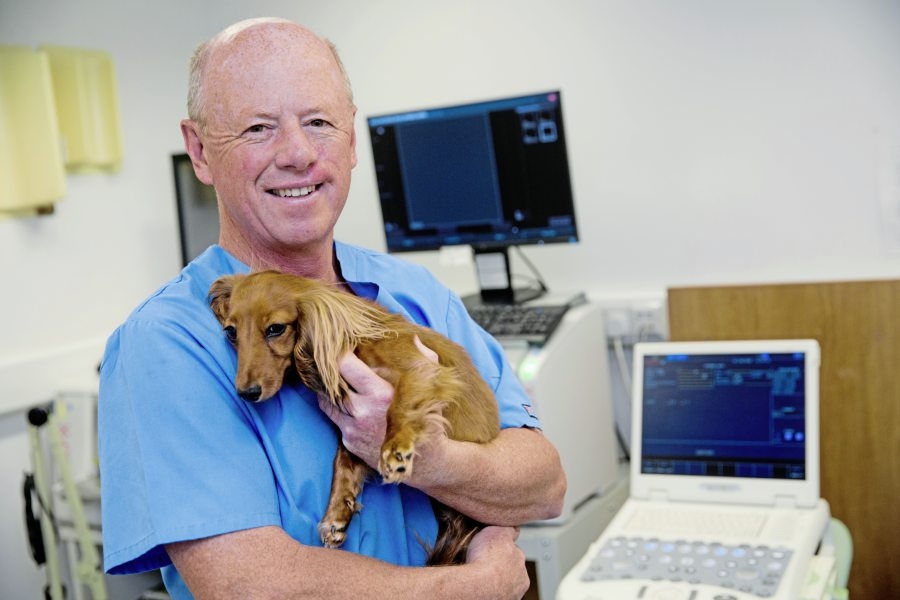 The nomination for the award, which is sponsored by Specsavers, has been made by Anne Mills.
‘He’s always helping our precious pets when they need emergency care,’ she wrote in her nomination.
Mrs Mills has three cats, aged eight, 11 and 13, and one of them requires special care due it being diabetic.
Sometimes the cat gets hypoglycaemic – suffers from low blood sugar – and Mrs Mills said that on these occasions she has to phone Dr Jeffery.
‘He stays on the phone until he [the cat] recovers. It doesn’t matter what time of day or night it is,’ she said.
She added that he also helps her feel calm when her pet is ill.
‘He always treats everyone with such warmth and love.
‘He deserves to win because of the dedication he shows to animals and their owners.’