AN 11-YEAR-OLD who instigated a scheme encouraging people to ditch single-use water bottles for reusable ones has been nominated for Young Achiever of the Year. 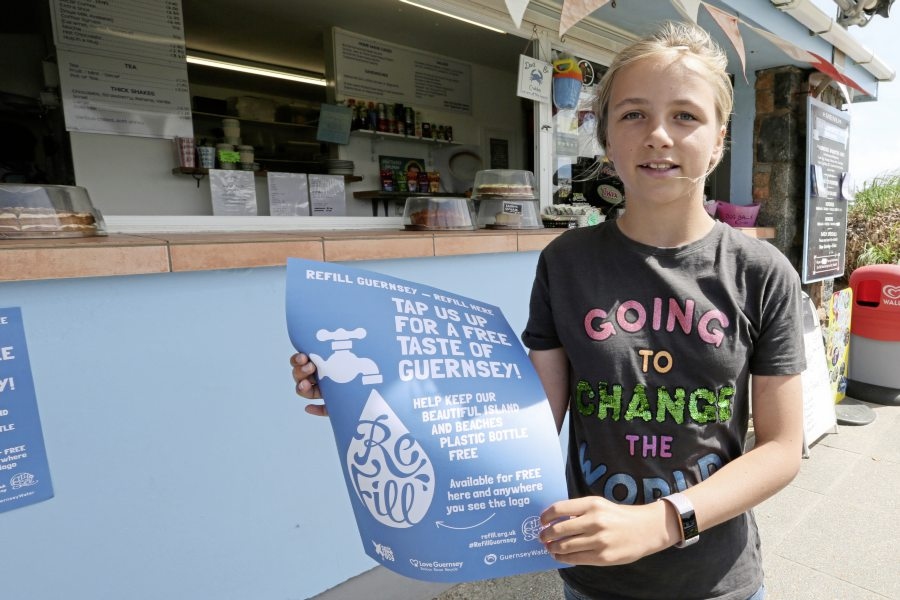 Destiny Hollyer-Hill, 11, has been put forward for the Butterfield-sponsored award by her auntie, Vanessa Crispini-Adams, who is part of environmental awareness group The Pollinator Project.
‘At the young age of 11, Destiny has had the courage to campaign for something that she believes in and to seek to change things for the better,’ she said.
‘Destiny and her family spend much of their free time enjoying our amazing coastline, in all seasons. Destiny joined a number of Marine Conservation Society beach cleans over the years and also did the ‘Take 3’ campaign, whereby you remove three litter items from the beach each time you visit.
‘Destiny was shocked at the amount of plastic that she was finding. In January, Destiny told me about a scheme in the UK called Refill that encourages people to ditch single-use water bottles for reusable bottles and also encourages shops, cafes, restaurants etc. to offer free tap water to refill bottles for customers and the public.
‘She asked me if I knew who she could speak to help bring this scheme to Guernsey. I suggested Deputy Lindsay De Sausmarez and Tina Norman-Ross, our recycling officer. The next thing I knew she was making a presentation to the whole Environment & Infrastructure committee and a team of civil servants, which takes some guts.
‘The Refill scheme has indeed been launched in Guernsey and, if widely adopted, will make a real difference to the amount of plastic bottle waste we produce. I salute her belief that there is always a solution to any problem if one takes the time to look.’