CREATIVE powerhouse Toby Falla has been nominated for the Pride of Guernsey Arts Contribution of the Year award, sponsored by Moonpig. 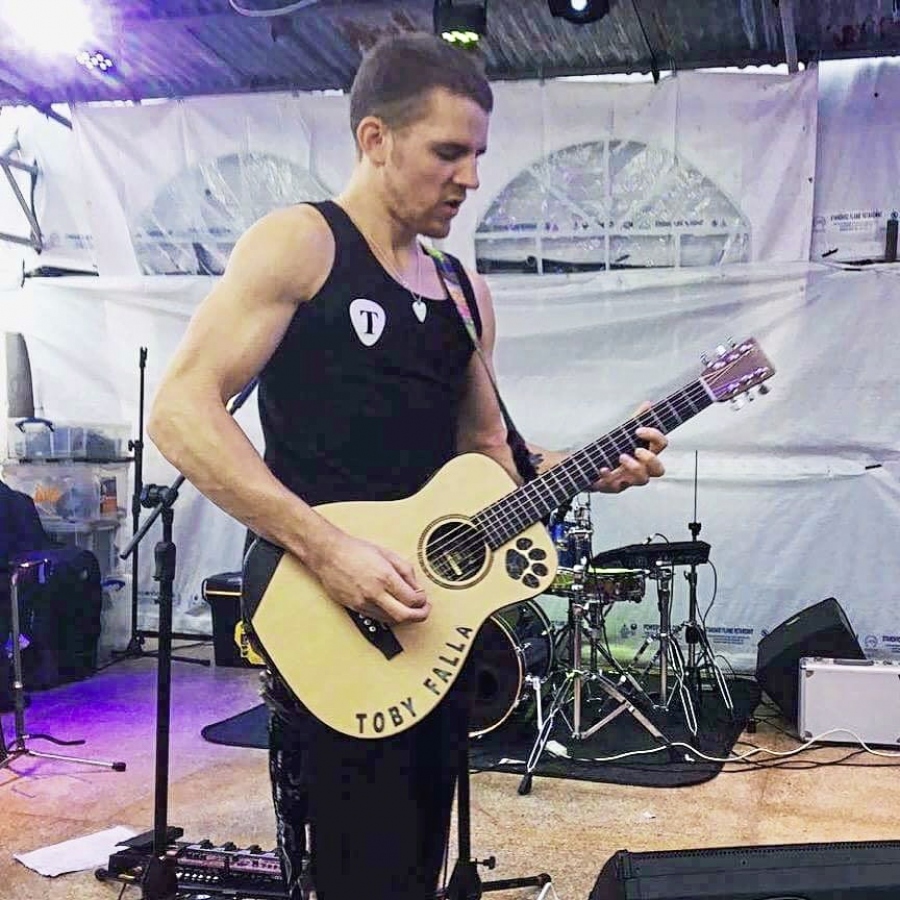 ‘Toby is a multi-talented singer/songwriter, actor and musician who has been representing Guernsey in the UK,’ commended Toby’s nominator, who wished to remain anonymous.
In 2015, Toby won Specsavers Search for a Star; in 2016, performing in tribute to Ed Sheeran, he raised £1,200 for Cancer Relief; and last year he graduated from the Liverpool Institute for Performing Arts where, at the ceremony, he shook hands with co-founder Sir Paul McCartney.
He played the lead role in the play of The Lost Boy Peter Pan at The Pleasance Theatre, Islington from 29 November 2017 to 7 January 2018 and he is currently touring the UK with the Best of Wham! tour, playing Andrew Ridgeley.
‘He has gigged in both Guernsey and in London and in March this year he released his own debut EP that he has written and produced, which is called Watch This Space.
‘He has a deep passion for music, which means that he experiments with new and fresh ideas.’